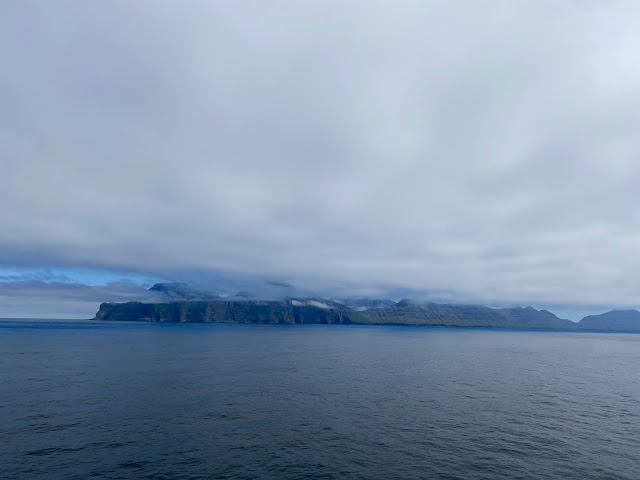 The boat home was just as smooth and uneventful as the ride to Iceland. We left Iceland at 8pm Wed, Thurs at 3pm we arrive in Tórshavn and had a few hours to wander around, then back to the boat for the night, Friday was at sea, and Saturday we arrived in Hirtshals at 11am. 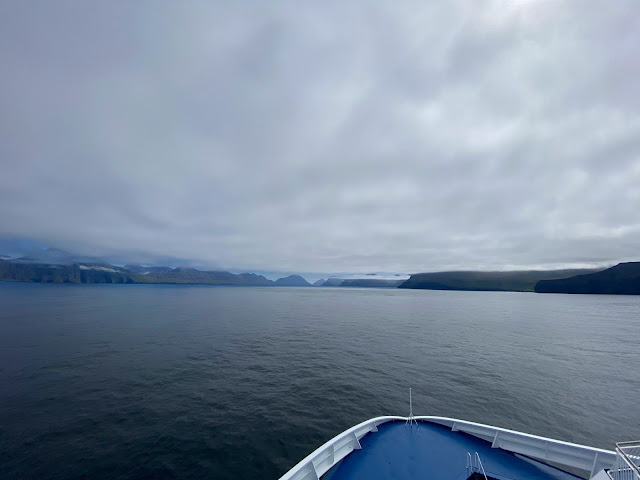 The Faroe Islands were much cloudier at first sailing through 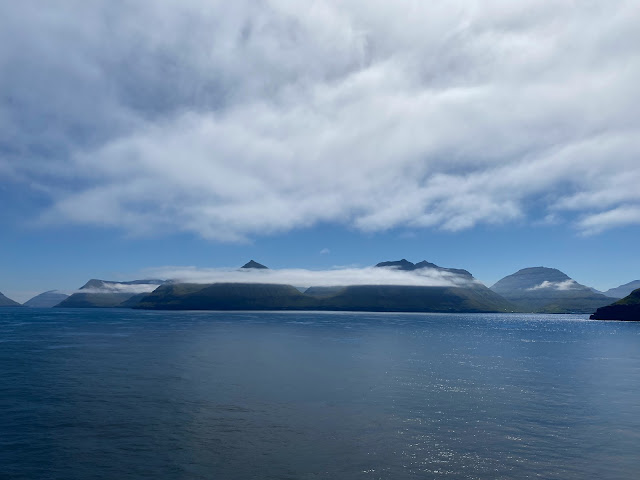 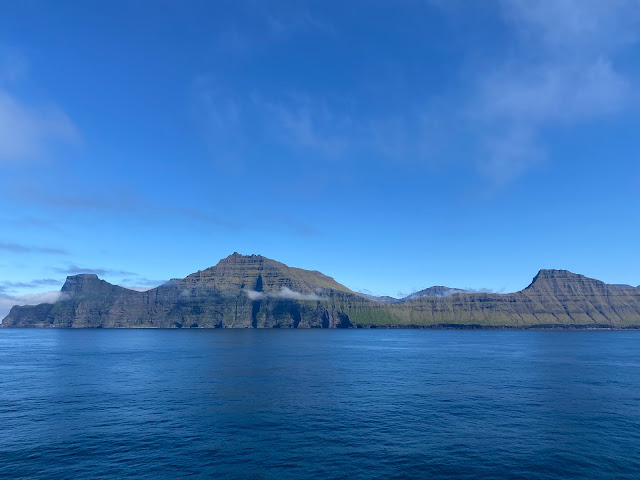 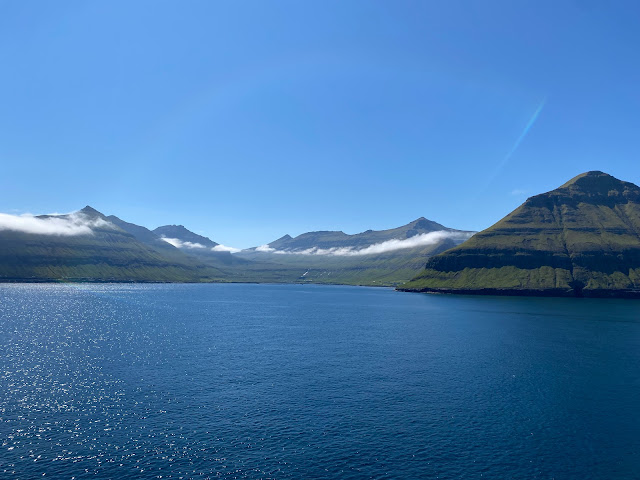 But then it cleared up! 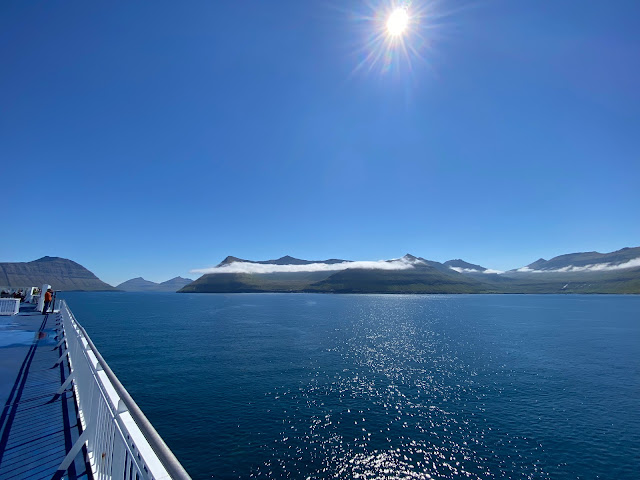 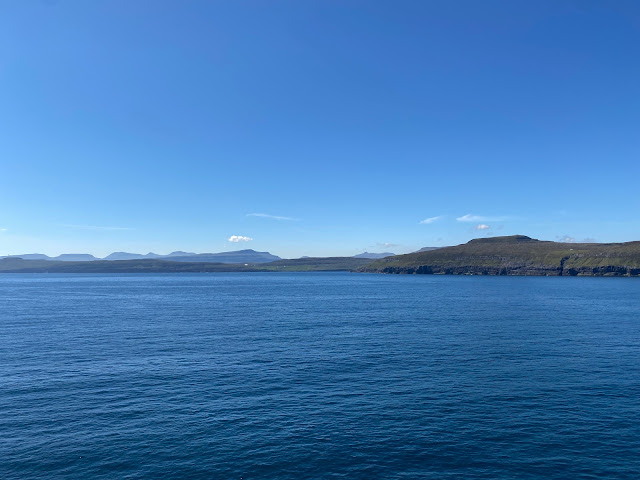 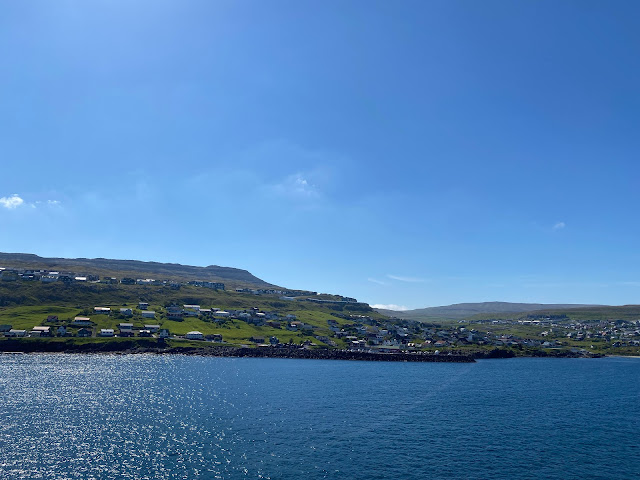 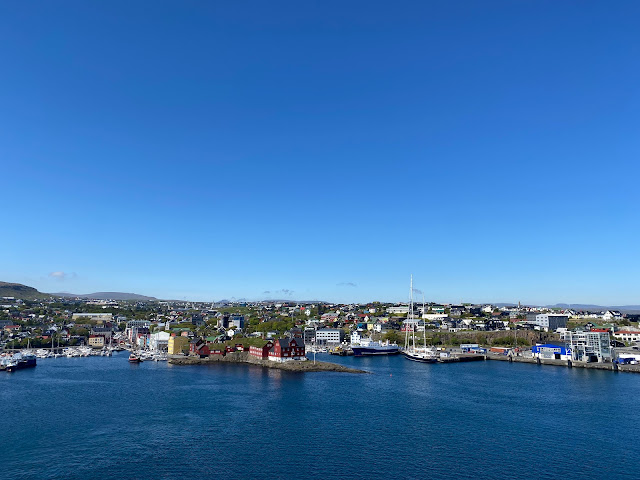 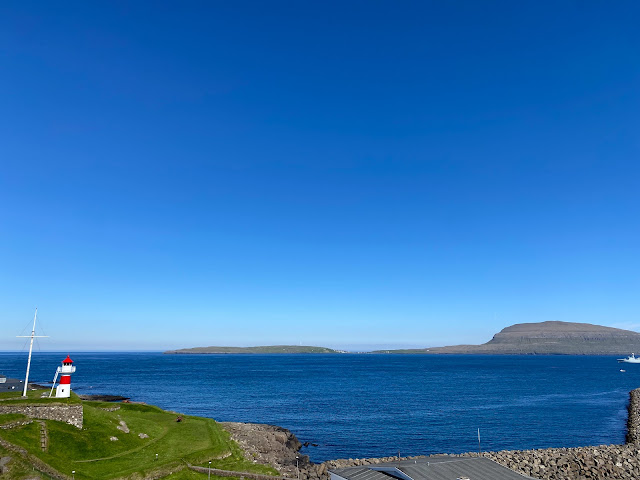 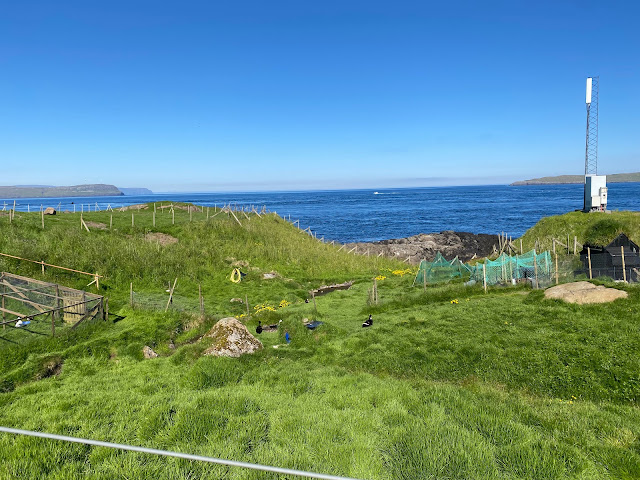 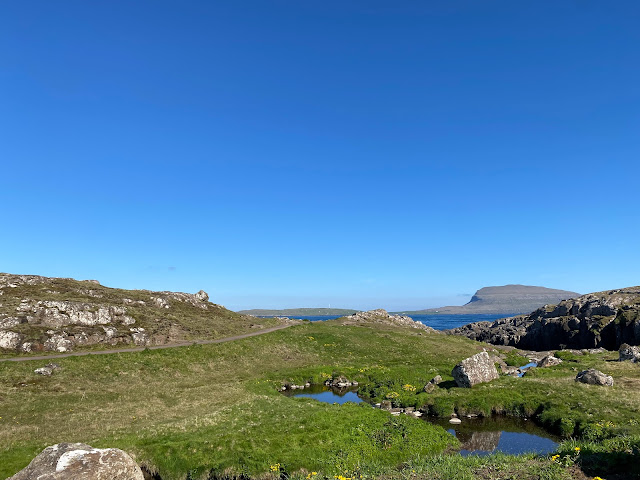 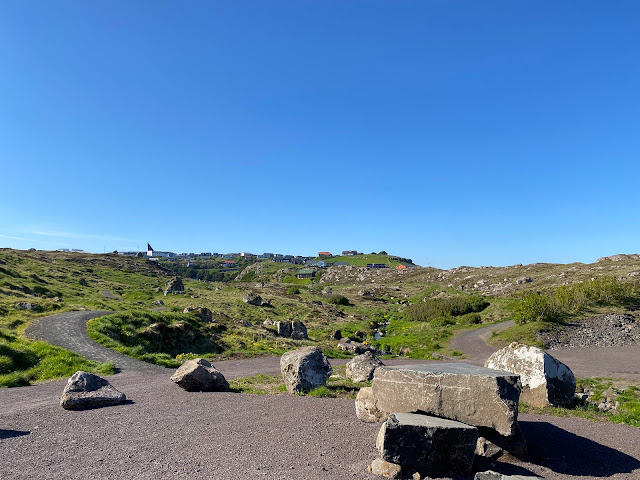 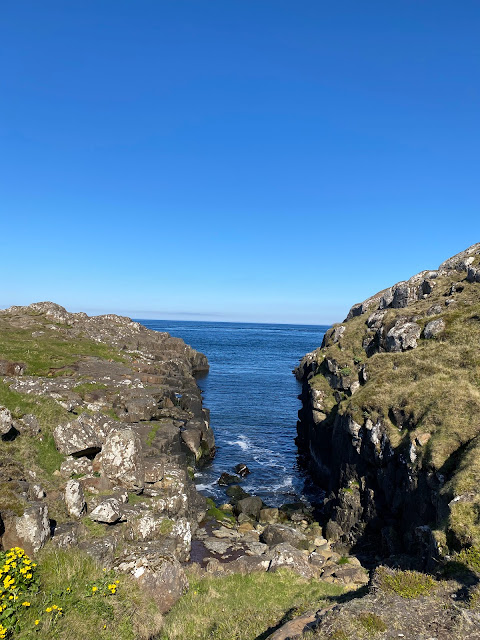 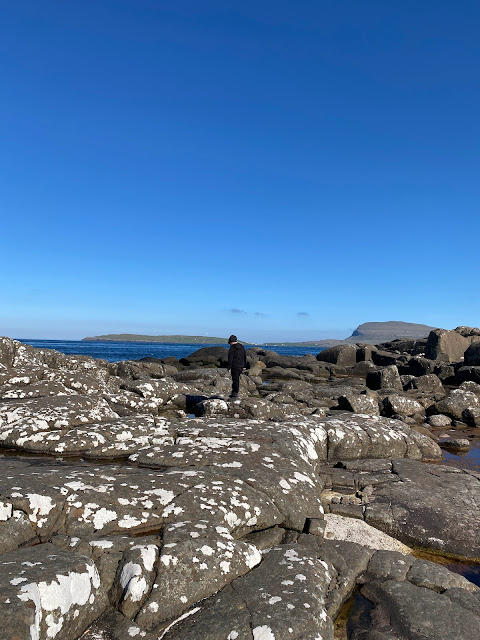 This area had lots of rocks to wander on 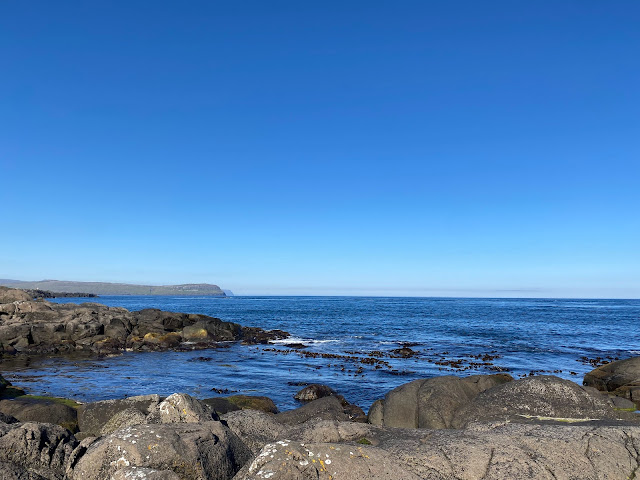 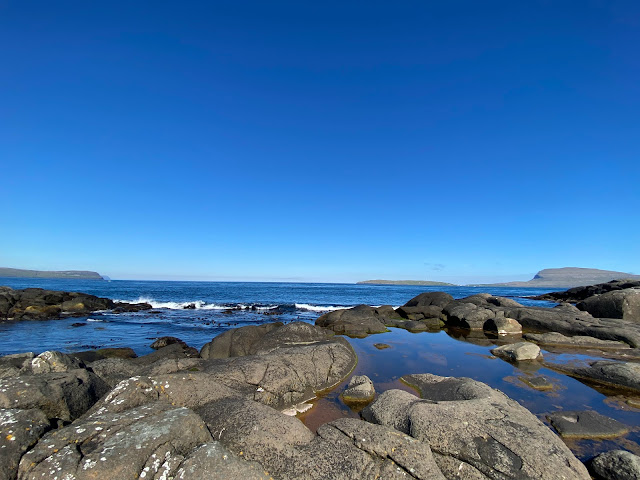 With lots of tide pools 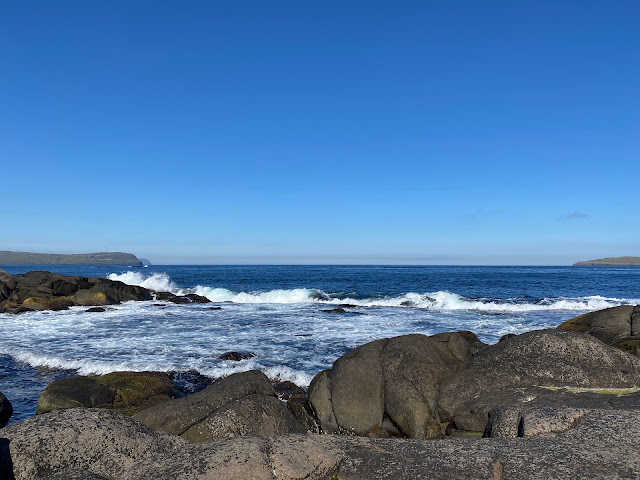 And spots to watch the waves come in 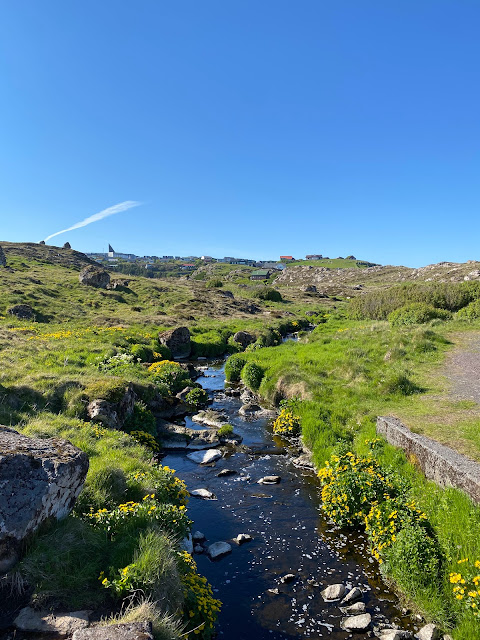 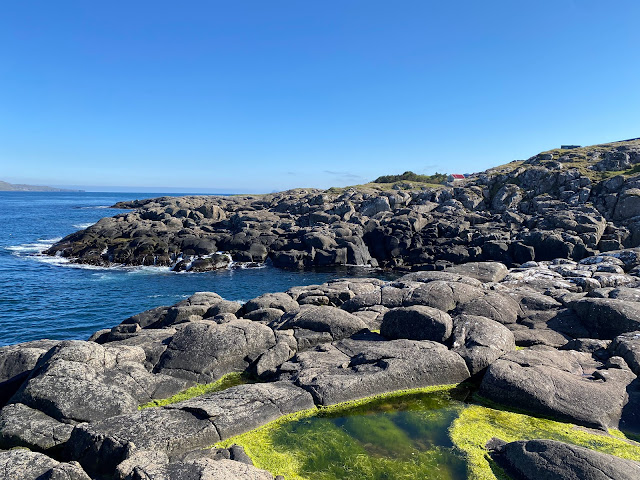 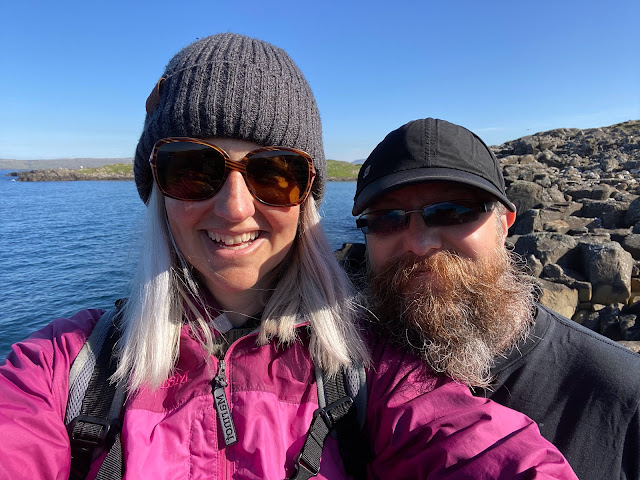 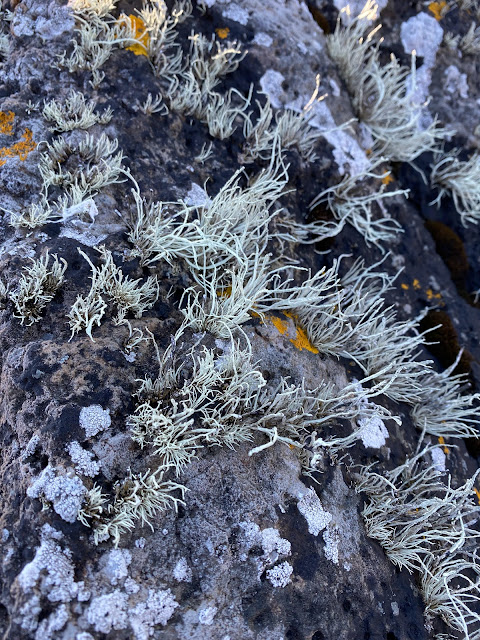 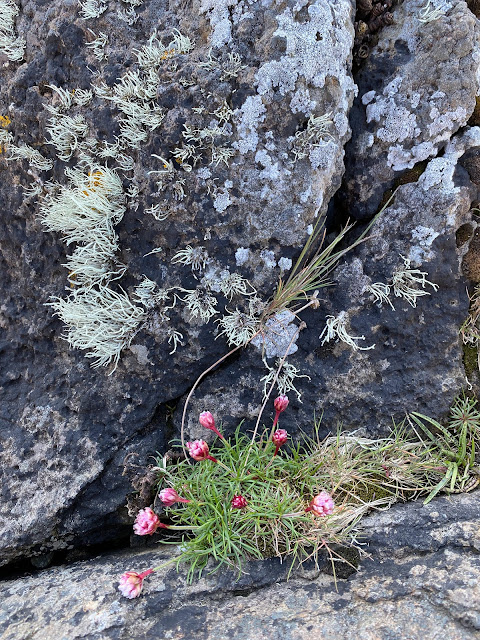 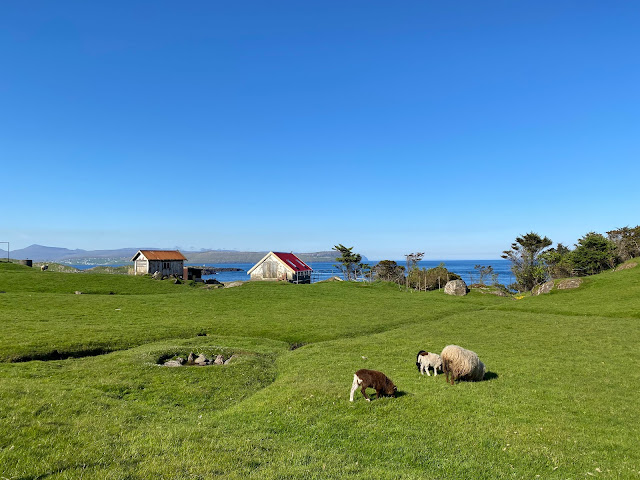 And lots of sheeps! The babies were getting so big! 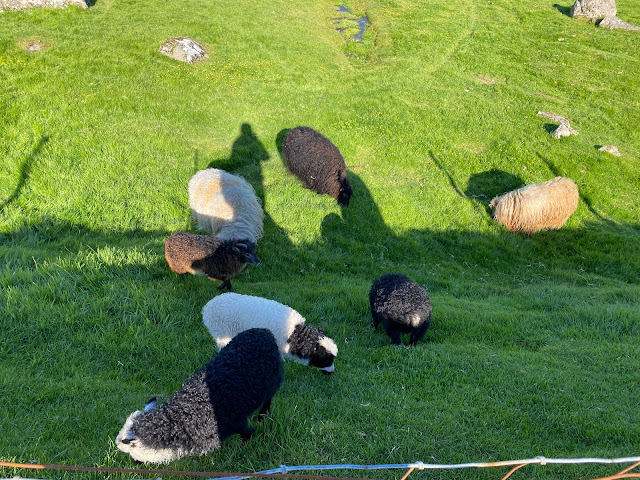 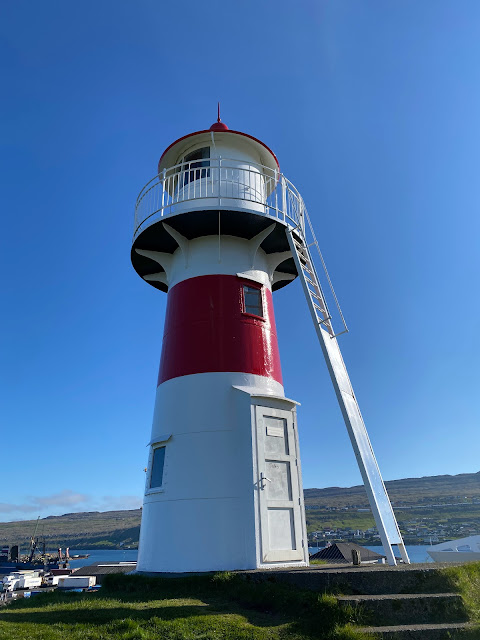 On the way back we wandered around the fort again 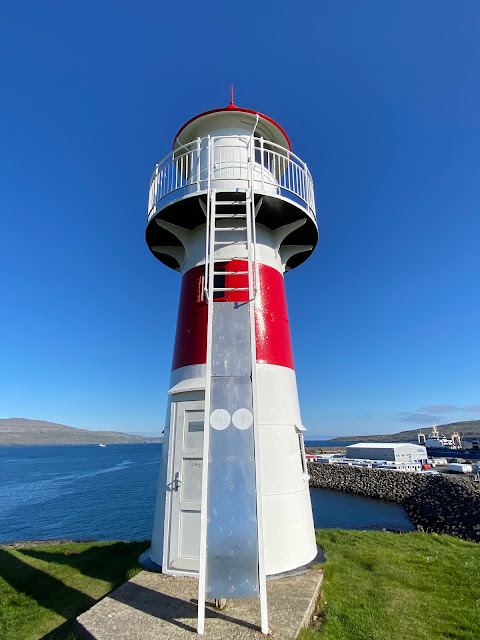 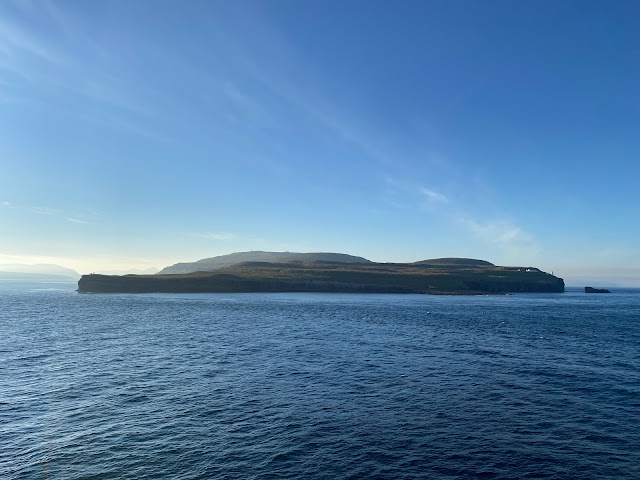 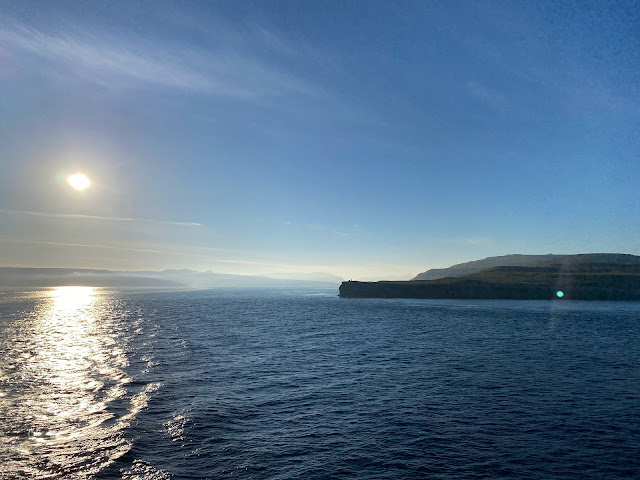 Until it was time to start sailing again! Even though we were only off the boat for a few hours we still walked 12km
Since I can't read on the boat we watched a lot of National Geographic Channel as that was one of the only ones we could understand. When the commercials came on I usually wasn't paying that much attention to them as they were very repetitive, I would take that time to make tea or whatever, but whenever this commercial came on it always got me as it sounds like the guy says "I killed your wife" at the end! Every time I was like what is this?!? It was pretty funny. 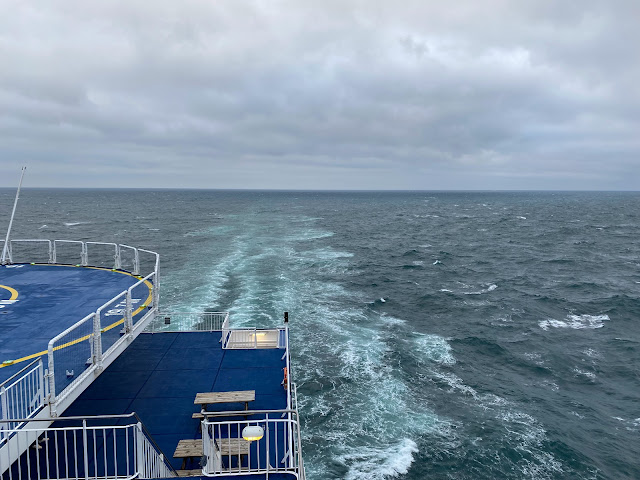 As I said the boat ride home was pretty uneventful. Not a lot of rocking, I walked loops on deck (had to do a u-shape as the end doesn't connect without lots of stairs) and I kept seeing a few other people doing the same thing. No one else was really outside as it wasn't sunny and gorgeous like on the way over. Still wasn't bad. It was also the Queens platinum jubilee so we watched a lot of that coverage which was entertaining and a bit...crazy. But all in all a pleasant ride. The last night was odd though as it had been a little rocky all day and the water looked to be getting rougher, but the boat didn't rock at all. Like if you closed your eyes you would never know you were on a boat! It was weird! For the most part I called the boat sleepy boat as the rocking made me so sleepy, but that last night was hard to sleep without it.
There were a lot more people on the boat on the way back. The car deck was completely full when we went to get off which it was not on the way over, but since we were not hanging out anywhere inside we didn't really notice a difference.
When we got to Denmark we started driving home, stopping occasionally to get gas or eat and for me to play Pokemon! It was my favorite weekend of the year for Pokemon Go and it happened to fall on the weekend we were getting home. Honestly if the ferry ran more often and I could have come home two days earlier I would have just so I could have played all day! But it worked out fine and we decided to drive straight through to Berlin partly because I didn't find any super fun looking camping places nearby and partly to just get home and not have to worry about it on Sunday. And partly so I could just play Pokemons on Sunday! We got home around 9:30pm, just enough time to unload the car before quiet hours.
Overall this was a wonderful trip. I definitely would take the ferry again as it was so easy and I loved having a nicer van with all of our things.