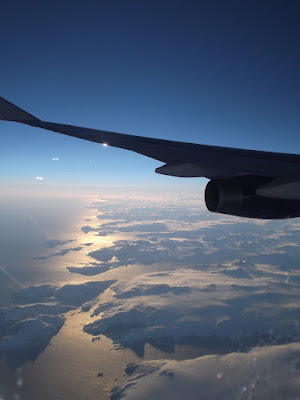 Last December was the 2nd Roller Derby World Cup in Dallas. Since we definitely wanted to go to that we planned a month long US trip to try and visit most of our friends and family. It was nice to have a long break and visit with everyone again. Since we had some flight delays we got into Dallas later than expected, but that was alright. By the time we got downtown to where we were staying and found some food it was bedtime. Really when we went to get some dinner and I was half asleep and could have just laid my head on the table and took a nap. It was bad.   Dallas was more artsy than I expected. The day after we arrived was the first day of roller derby! We got up early and walked out to get some vegan doughnuts which were super tasty. It is not the most pedestrian friendly city though. We were walking to the doughnut place and all of a sudden there were no more sidewalks. Odd as it wasn't like we were walking outside of the city or anything... I was mos
Post a Comment
Read more
More posts