Paris with the in laws! 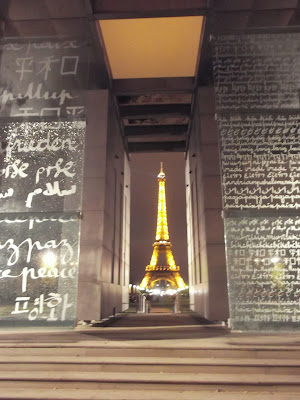 Ah Paris. It is nice to visit, but I still would not want to live there. We flew in Thursday afternoon and took a taxi from the airport to our hotel. Raymond's parents wanted to stay near the Eiffel Tower so they had gotten a hotel where you could see the Eiffel Tower from every room. The taxi from the airport was way better than the public transportation we took last time. It was about the same price, or cheaper for the four of us, and way faster. This was our first time in a car in Paris and man I can't imagine driving there. I know the traffic always seemed crazy, but man driving was ridiculous. You just kind of go wherever you want and cut across all lanes of traffic at the last second and it is just crazy. Since we got in around dinnertime we went out to get some food then Raymond and I went for a walk. Since it was like 9pm there weren't very many people out and about. It still surprises me how it is so busy during the day, but then it is just empt
Post a Comment
Read more
More posts