Showing posts from February 6, 2017
Show all 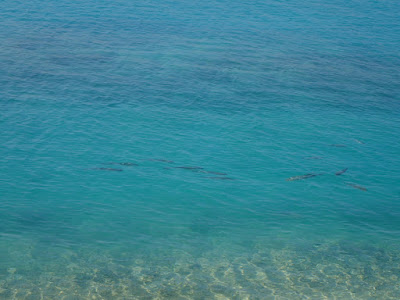 Day 10 in the Maldives started with what else? Breakfast and then Shark Patrol! There were always lots of fishes off our swimming pool in the  morning since it was high tide And lots of baby sharkies!! I was trying to get a photo of me and baby sharkie... A bigger one swam by as well! And this guy swam by which I believe is a puffer fish! So many sharkies swam by! It was a busy morning at Shark Patrol, but Raymond was a great Shark Patrol buddy! After a while Raymond went snorkeling again in a different channel while I kept up the patrol He is out there by the pole All the photos of the sharkies! There were at least 3 baby ones, a larger one, and a pretty big one that swam by. One time two baby sharkies swam by at the same time!! A video posted by Raymond May Jr (@octatone) on Dec 24, 2016 at 10:09am PST Some video from Raymond's snorkeling adventures They
Post a Comment
Read more
More posts