Showing posts from December 8, 2017
Show all 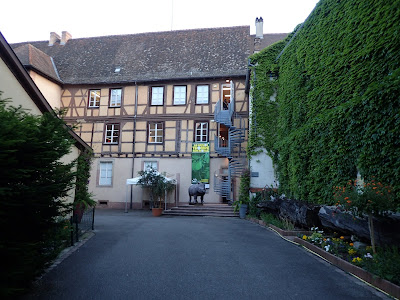 So when we were wandering around Colmar and spying on all the things we saw a sign that we happened to be in Colmar on a free night at the museum! So most of the museums in town were free from 7pm-11pm/midnight (depending on the museum). So we of course had to go check them out! There were only four in town so we were able to go to all of them, though by the end we were so tired and our feet were so sore from a long day of exploring and long night of museums.  First up was the Museum Bartholdi, but I didn't take any photos in there (I wasn't sure I was allowed and it was super busy, so many people!). It was super tiny, but interesting. There were a lot of models of ideas he had for different monuments and then what he actually ended up using. The one room was just ideas and designs for the Statue of Liberty which was cool. There wasn't a lot there, but what there was I enjoyed.  Then it was over to the Natural History and Ethnology Museum Cool bugs
Post a Comment
Read more
More posts