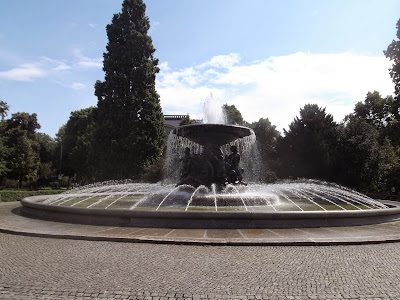 Last weekend we took the train down to Dresden for the weekend. We hadn't made it down there yet and it was the Dresden City Festival so we thought we would check it out. Lots of booths and games and such set up as well as music being played all over the city. So we wandered the city checking everything out and listening to the music when we found something we enjoyed. It was a great weekend! A little cloudy/cool which was perfect. It did rain off and on on Sat, but every time it did we were eating so we were inside. It worked out perfect!


Outside of the downtown area where the festival was the street were empty. It was quite odd walking through Neustadt and it being a ghost town almost. I did like that area a lot. There were lots of cute artsy stores and good places to eat.


Eating lunch before the rain came

And now onto downtown/festival photos

Early in the day Sat not many people on the bridge across the river. Sunday this bridge was packed full of people.


There was a sta…
1 comment
Read more
More posts