Showing posts from February 2, 2016
Show all 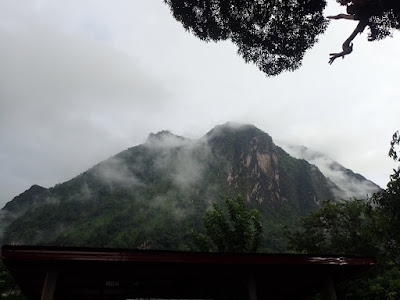 Nong Khiaw, day 2 - my favorite day of our trip. So much fun! As I said last time we had signed up for a day trip leaving at 9am. By this time we were getting up sometime between 6:30 and 7 so plenty of time to get some breakfast and be ready to go. When we woke up it was pouring outside. So much rain! We just laid in bed listening to it for a while and I was hoping it would stop before we left, which it did thankfully. Prepare for approximately a billion photos of our day. We got up and had breakfast at the one Indian place which was super tasty. Banana roti and samosas - breakfast of champions! The jokey complaining people from the bus ride the day prior were there and we were talking with them and they were the other couple going on our adventures today. They were nice, but didn't follow any of the signs or anything that said how to respect the culture there. Like wearing a bikini top around (I only did that one time - and there weren't really other people around - be
Post a Comment
Read more
More posts