Showing posts from February 8, 2016
Show all 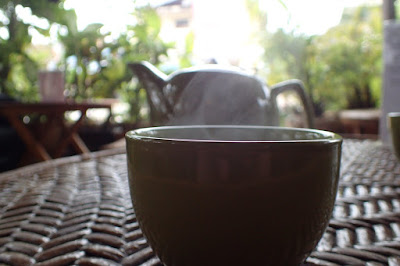 Day 2 in Luang Namtha we decided to go for a bike ride around the countryside. The guidebook said you could pick up a map from the tourist office and do a 20km loop. Not bad, not that far, so we decided to go for it. Bike rentals were only 15,000 Kip - Less than $2 for the day!   We first had breakfast at the veggie place - here is the vegan big breakfast. Toast (not in the photo), potatoes, veggies, beans and tomatoes. Super tasty and lots of food to fuel our morning bike ride.    First stop was the morning market. We were looking for it and found the Chinese market first. I was looking for a new watch since mine broke, and they had some there, but they were way too expensive. Everything in the Chinese market was more than I would pay here for it so it was odd. I am not sure how they could stay in business since everywhere else everything is so much cheaper...Anyways we walked through the Chinese market and found the fresh morning market which was huge! So much fresh pr
Post a Comment
Read more
More posts