Showing posts from September 4, 2012
Show all

Oh what a lovely weekend 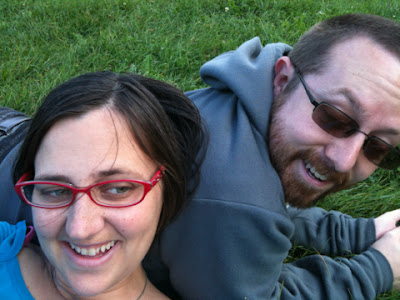 We had an amazing weekend last weekend. The weather was close to perfect, we explored some new areas and also lazed around in some parks. It was wonderful.


On Saturday we started out taking the subway down to Kreuzberg for some breakfast. I had seen online this restaurant that had lots of vegan breakfast options such as pancakes and tofu scramble and such which is hard to find here. We walked up to the restaurant...and it was closed! A lot of places close for most of August as it is the vacation time here.


We were then like okay now what? We looked across the street and the sign outside said vegan breakfast so we headed over there for some hopefully good foods.


We had a traditional German breakfast which I quite enjoyed. The breakfast was breads, in the middle of the plate there are 4 cups of spreads - 2 were olive based, one was rosemary something and the other one I am not sure what it was but it was tasty. Also there is a small cup of jam at the bottom of the plate, some slices of…
Post a Comment
Read more
More posts