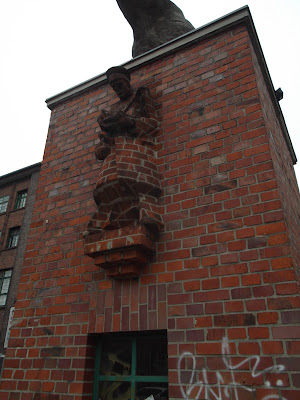 After we got back from Paris we had a full 3 days of roller derby to watch! I was very excited - we were here for the first official European roller derby tournament. It was held at Arena and outside there are these weird walls with like people built into the brick. Interesting. The roller derby was amazing! 10 teams from all over Europe were playing and it was just so much fun. All of the teams are very closely matched so the bouts were sooo close! Well all except London who has been around a lot longer and is on a higher level of play - they blew everyone away. We got there and got a program and the one team had the following for their team photos: Auld Reekie has pony power!! Well of course I had to root for them after Berlin. Luckily they didn't meet up so my loyalties wouldn't have to be split. They almost had to battle it out for 3rd place, but luckily it didn't happen so I could fully support the pony power and not feel bad. Man the derby was sooo good
Post a Comment
Read more
More posts