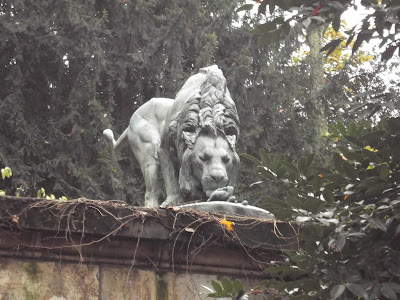 Let's see where was I....so after the Arenes de Lutec we walked down to the natural history museum. It is this huge park with a lof of different buildings and different museums. First we went into the Grand Gallery of Evolution where the dinosaur special exhibit was. It was pretty cool. They had this huge dinosaur in the center of the room - one side was normal skin and such, the other side showed the muscles and stuff that would have been in the dinosaur. On the right of the above picture you can see the glowing lungs that were huge! It was showing how big they would be, and they had like the heart and other organs so you could see the size of everything that would have been inside it. It was pretty amazing as I've seen the bones before, but never really thought about how big all of their insides would be. They had how big a baby in the egg would be, and some eggs and all kind of fun things. A dinosaur femur. After we walked through the special dinosaur exh
Post a Comment
Read more
More posts