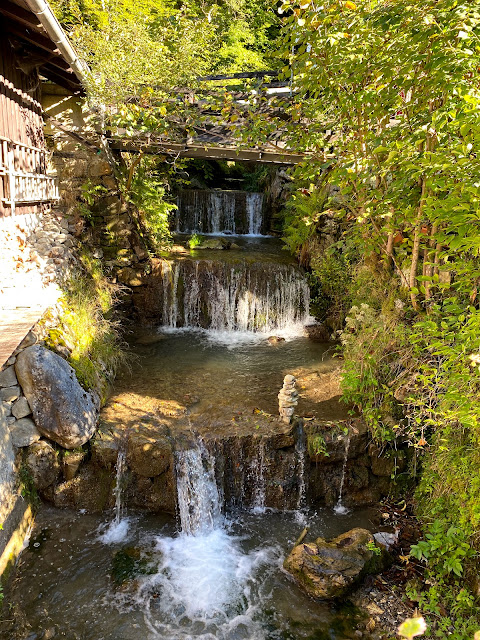 Day 6 started off with a short drive to Tegnersee to hike to Riedersteinkapelle - a small chapel on a small cliff. The trails in this area are everywhere and there there were lots of different ways to get to the same location so we looked at the map and decided on a route and headed off. The hike up was along a river on a gravel road. 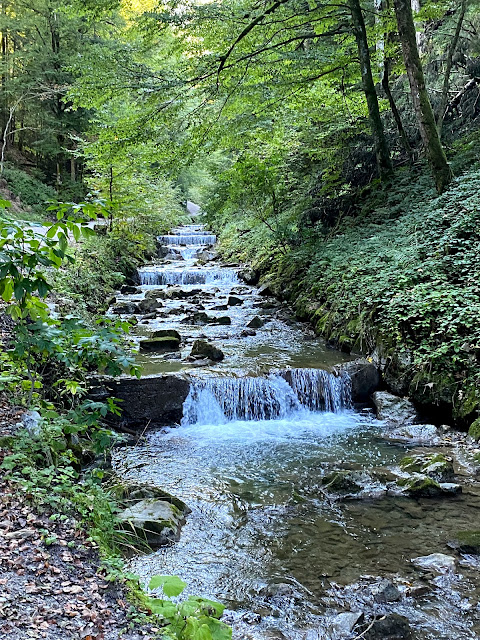 It was a pretty nice hike up and a bit chilly before the sun got over here. When looking at hikes online some people complained about this one because it was just a walk through the woods most of the way up and you can't see anything. Nothing but a lame river and forests I guess...We enjoyed it! 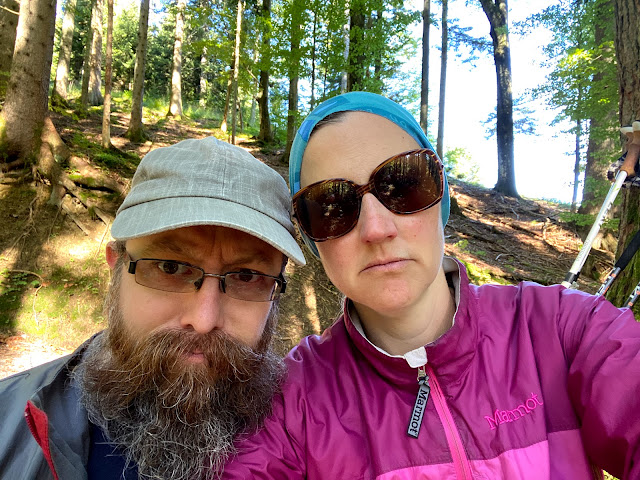 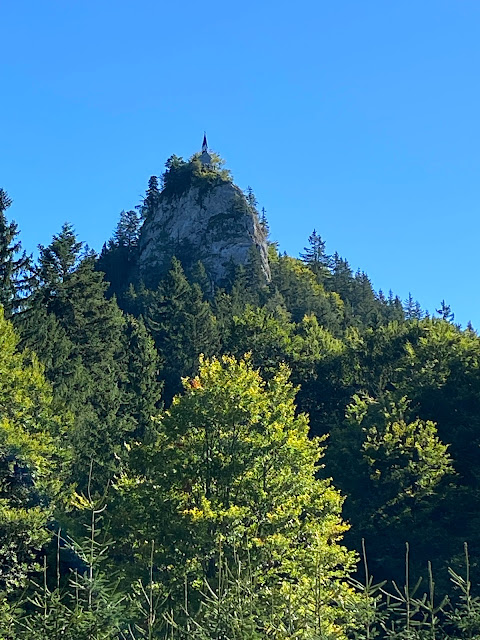 View of the chapel from below. The legend is that a hunter was chased off the cliff by a bear, but as he was falling he shot and killed the bear. He ended up living because he landed on the body of the bear so he built this chapel in gratitude for still being alive. On the hike up there were a lot of stairs with the stations of the cross just because why not I guess. 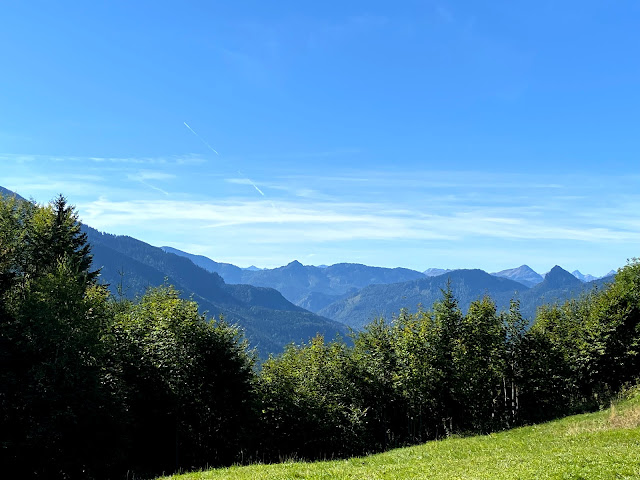 Once you get out of the trees this nice area to take a break and relax opened up (with a restaurant of course!)

The view from the chapel 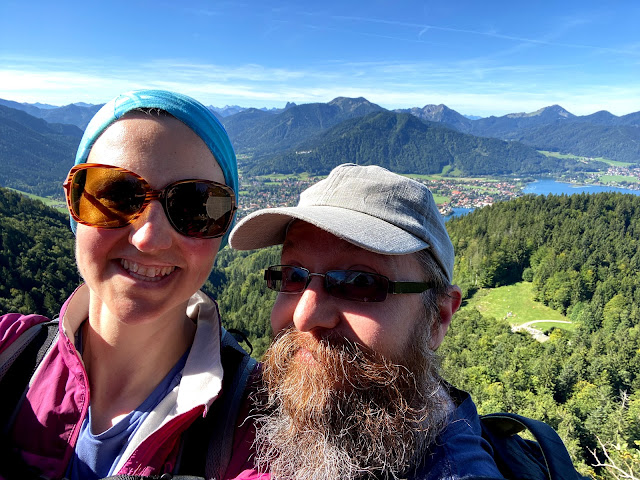 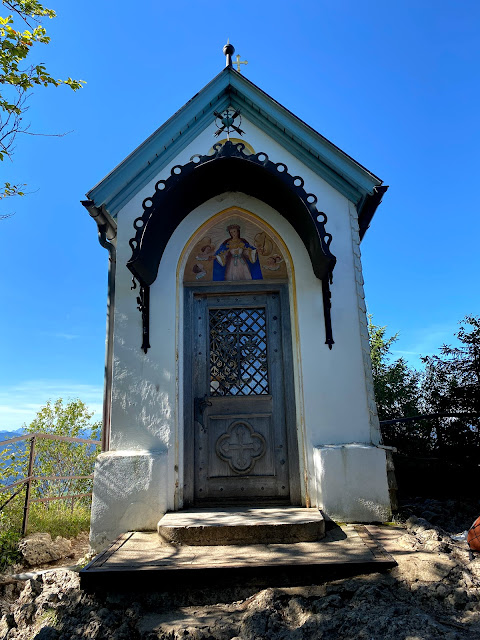 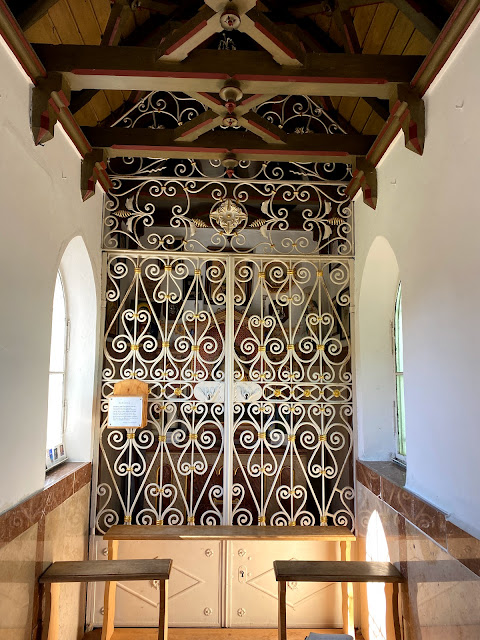 And the chapel - it was really musty inside and super tiny 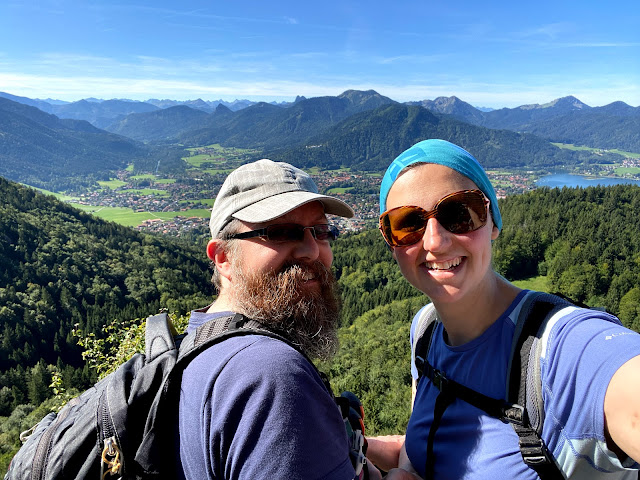 A really nice view over the area 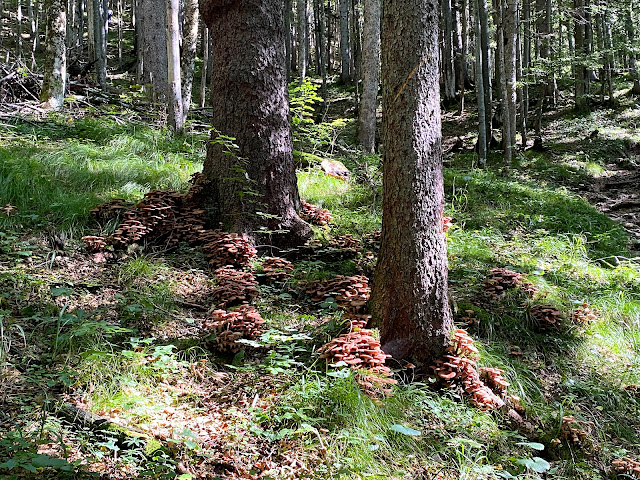 So many mushrooms on the way back down. 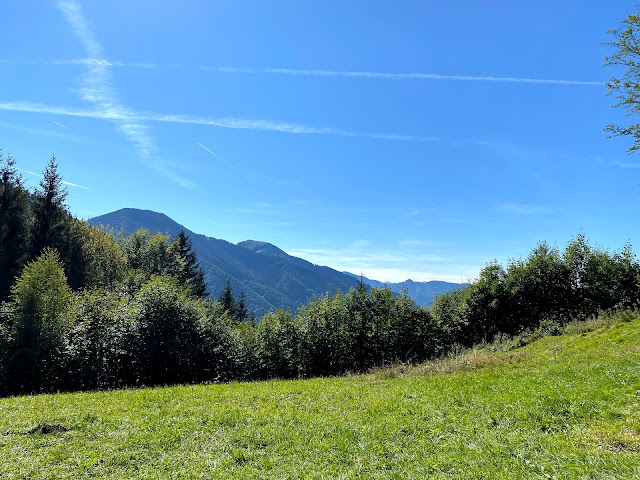 When we got back to the field we thought let's have a drink at the restaurant as it had gotten hot, then we could eat our lunch on the benches before hiking back down. Only we sat there for 20 min without anyone coming by and people in the same area kept leaving...so we just went to eat our lunch. There was a large group of teenagers that they were serving...but more kept coming so they didn't help anyone else for some reason. I mean the place wasn't that big and they had 2 servers so it should have been doable, but somehow wasn't. We ended up sitting in this area for an hour in total, and when we left the people sitting where we had been, and others in the same area, still hadn't had their order taken so I think we made a good call. 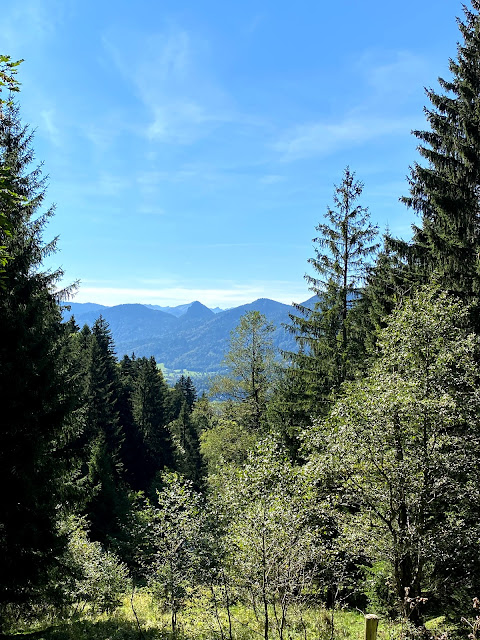 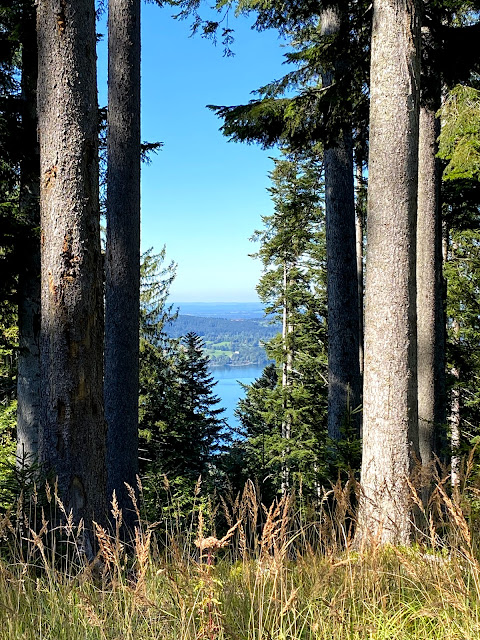 Some views of the lake on the way down 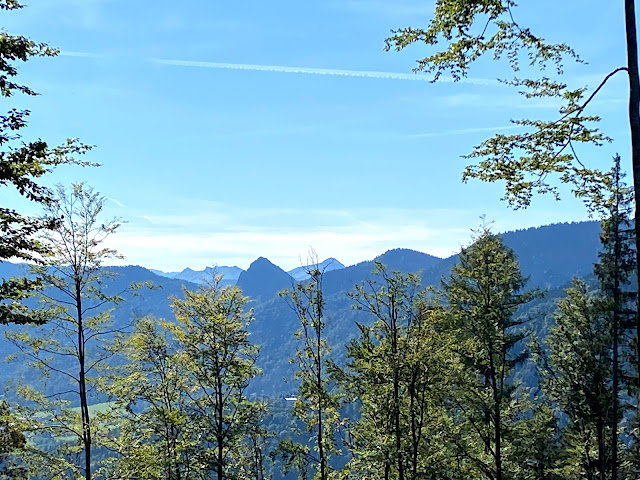 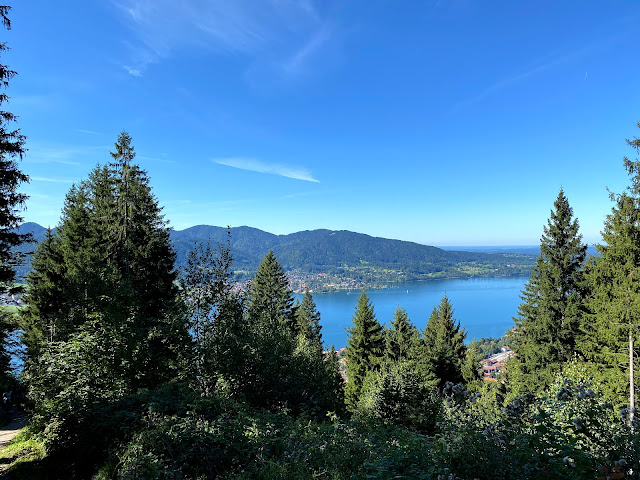 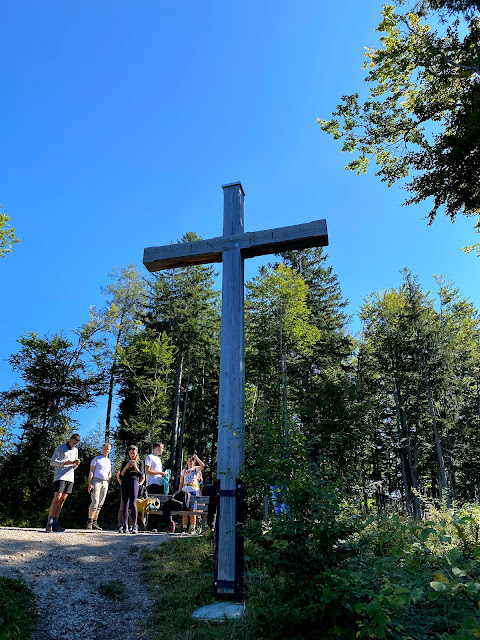 There really were crosses and crucifixes and stations of the cross and all kinds of religious things all over the trails. 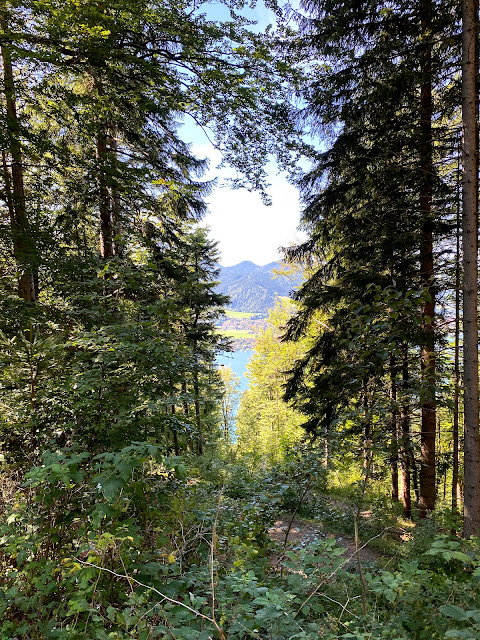 Once we got down a way it opened up and you could see out over the lake. I was glad we started early as the sun was hot! 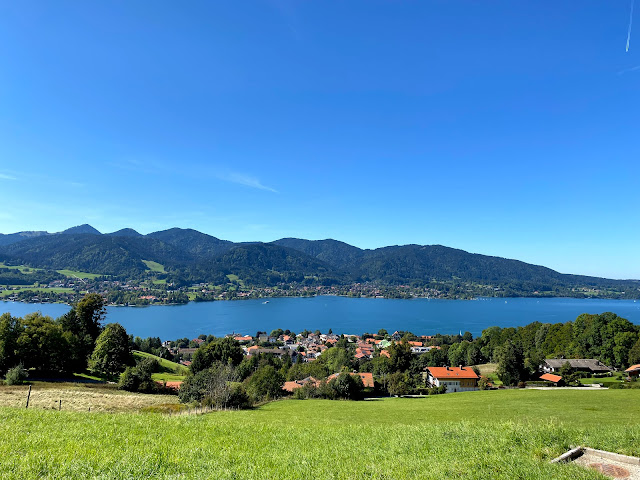 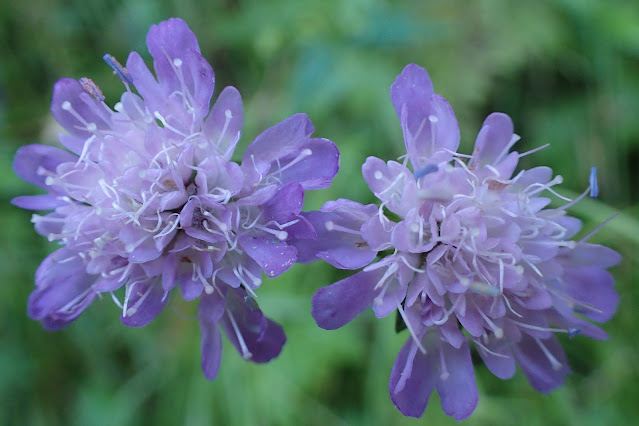 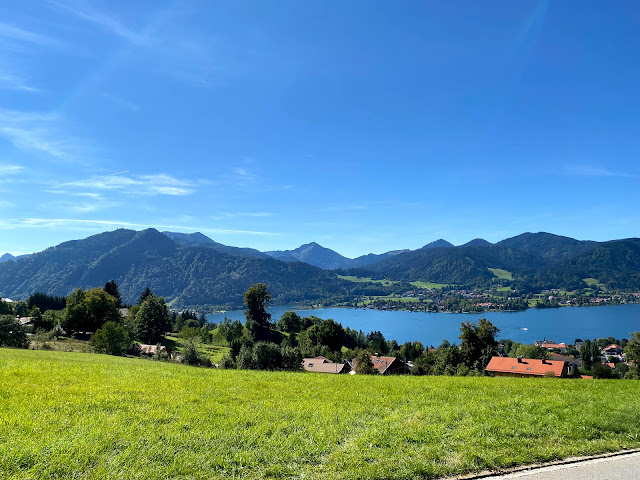 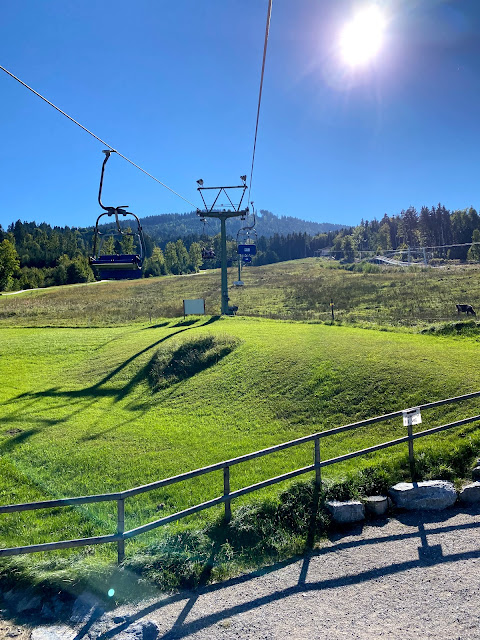 Then, on the way back to the campsite, we stopped at Blombergbahn as we got a free ride up the chair lift and summer toboggan down with the discount card from the campsite! Or you could have ridden the chair lift the whole way up and back, but that's not as fun. 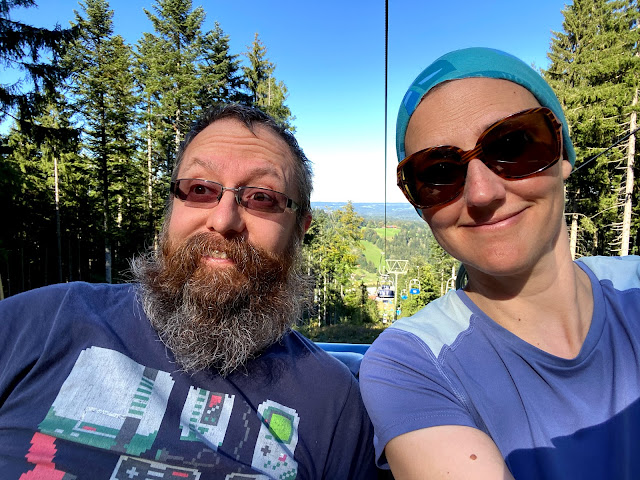 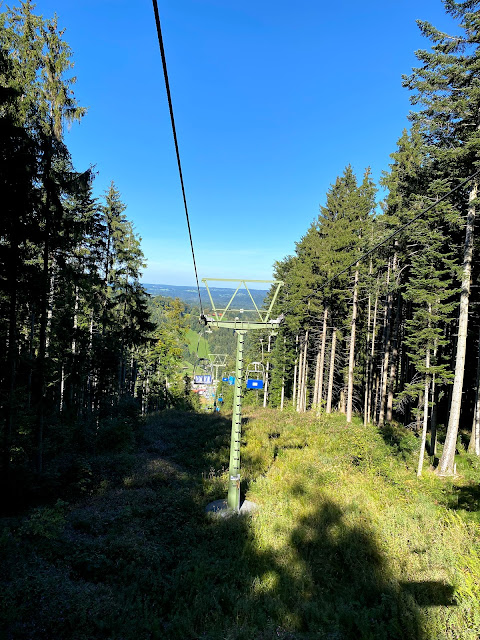 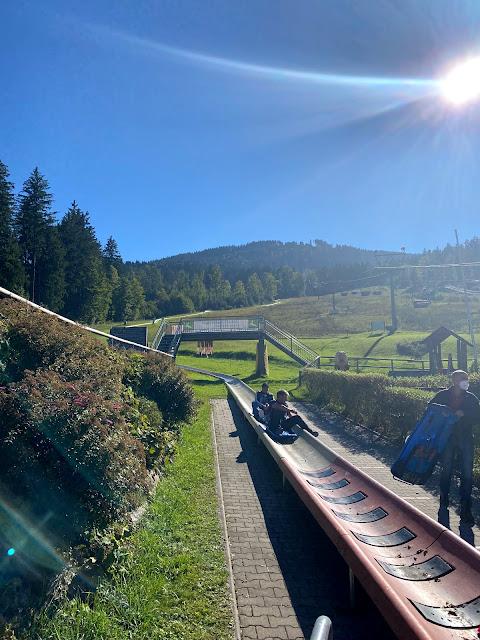 I always wanted to try one of these, but I am cheap and didn't want to pay for it, but it was so much fun! Really we could have gone once a day while we were there, but this was the only day that we had time. 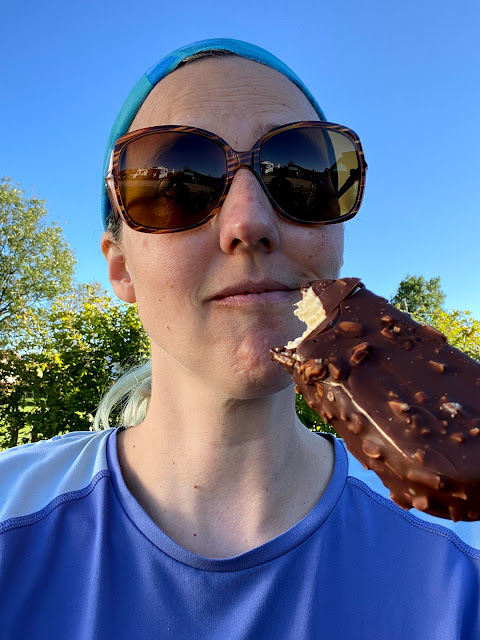 And we stoped for some ice cream on the way back to the camp! 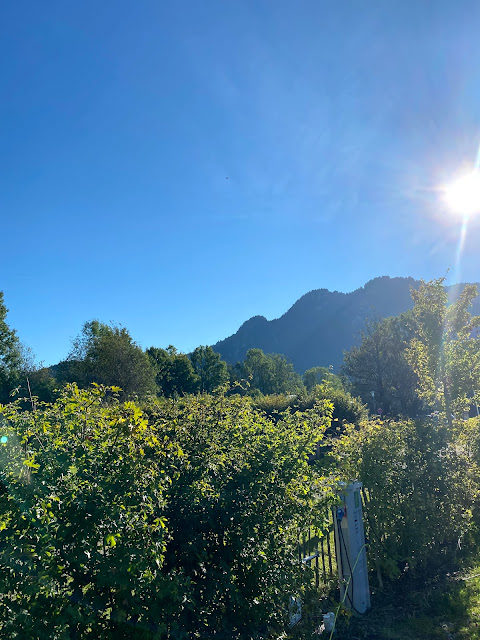 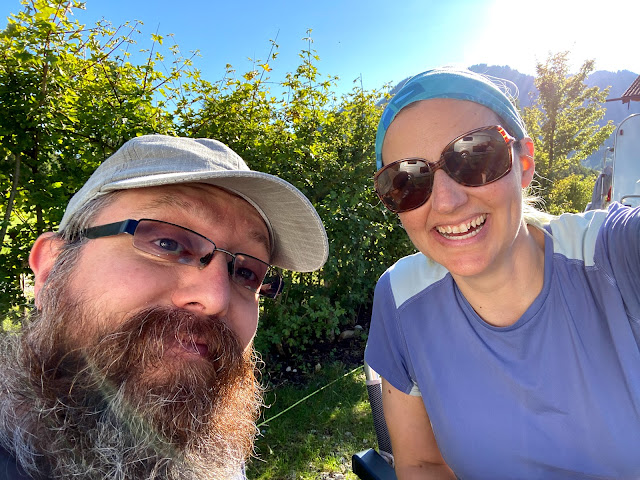 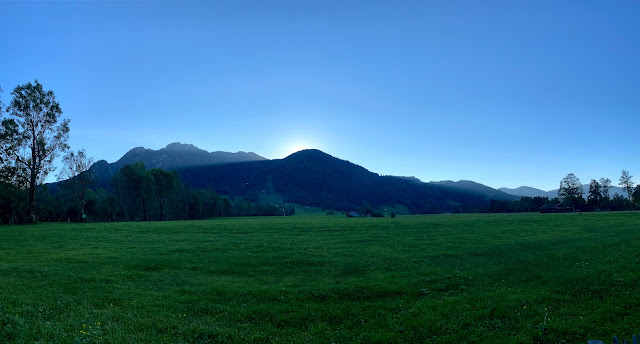 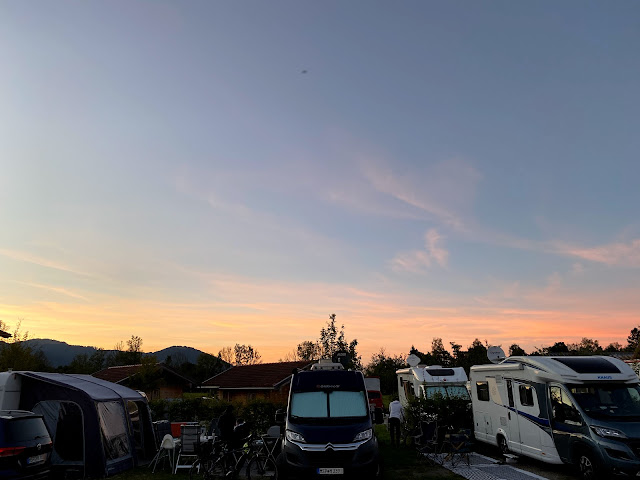 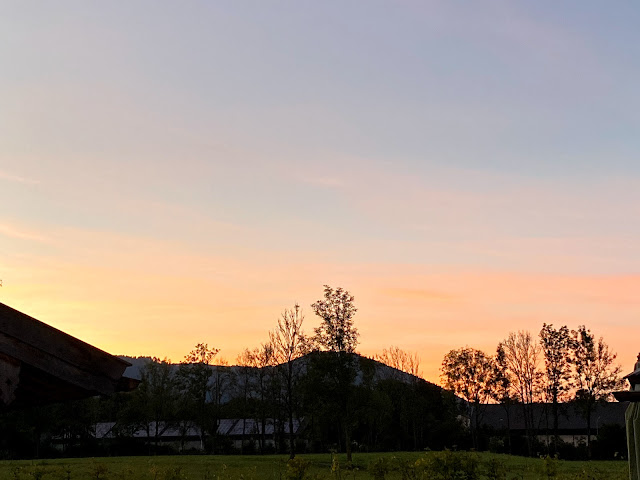 Such a fun day! The hike was a bit easier, the summer tobaggan, the relaxing with a cool treat, it was all great! Plus a pretty nice sunset. Fitbit recorded 18km/11 miles