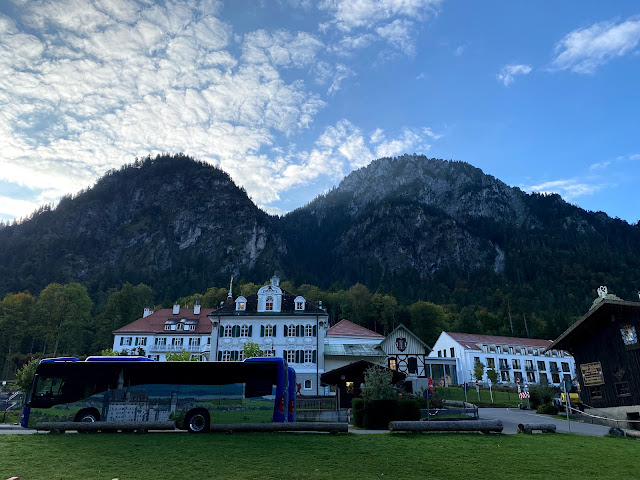 Our last day, the day we started the drive home, we got up and headed to Alpensee to hike around. I was so sad it was our last day and we would be back in Berlin in a few days...I didn't want to leave! 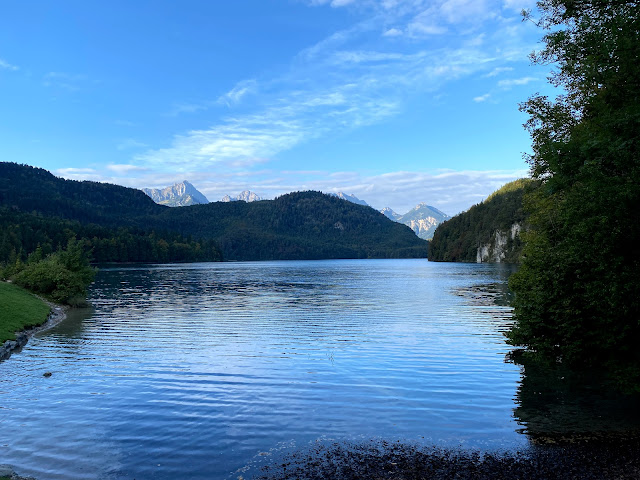 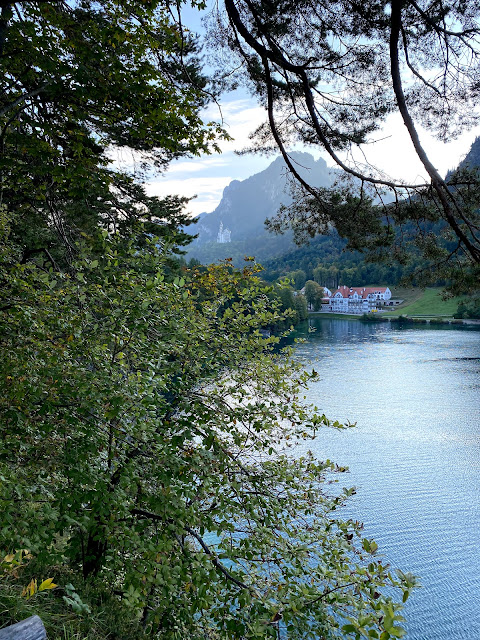 Alpensee is the lake at the base of the hill that Neuschwanstein Castle is on. We had view of the castle from most of the way around the lake! 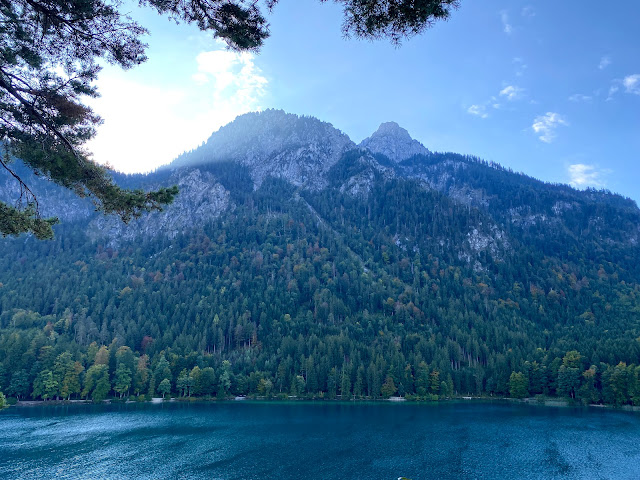 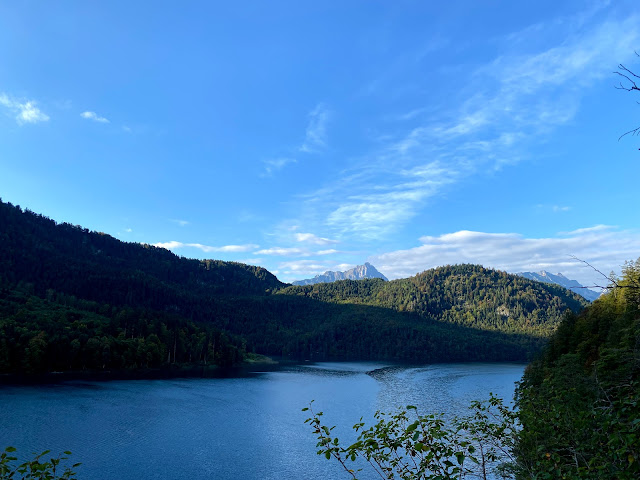 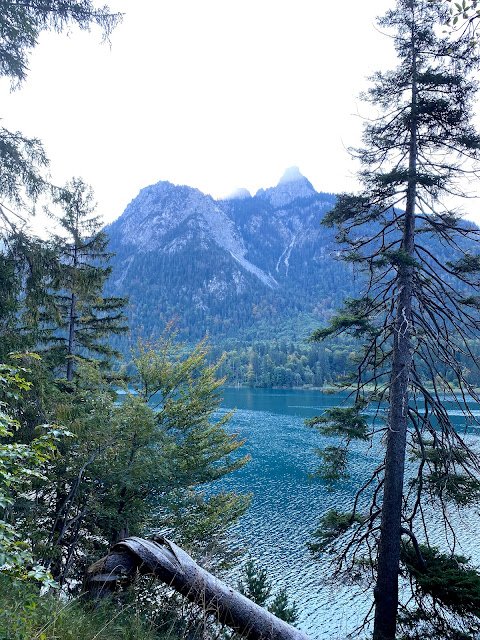 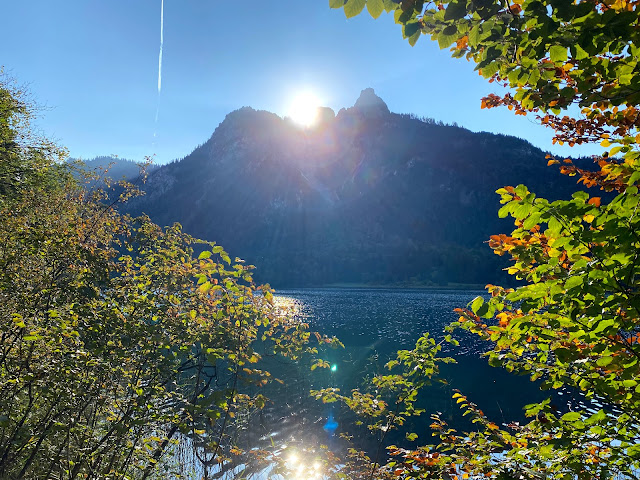 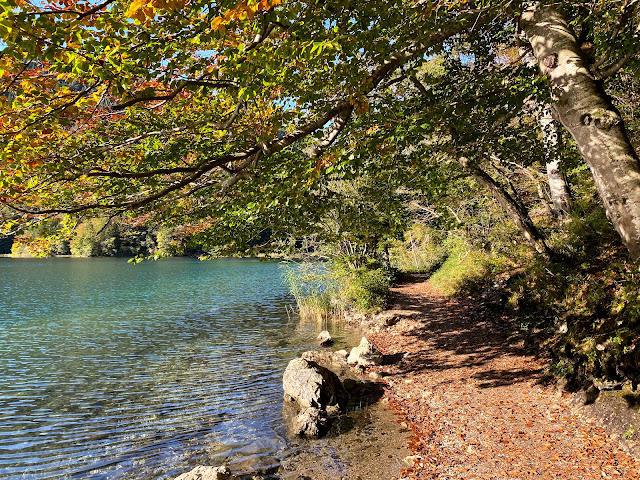 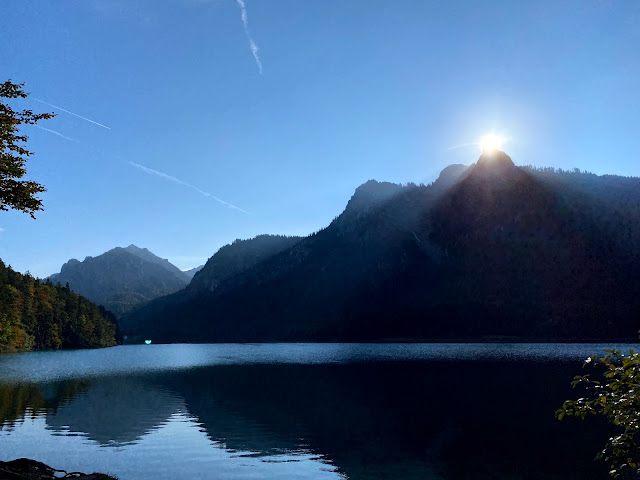 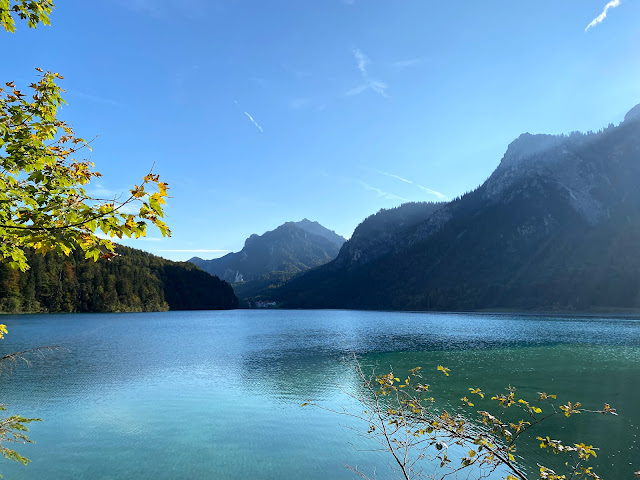 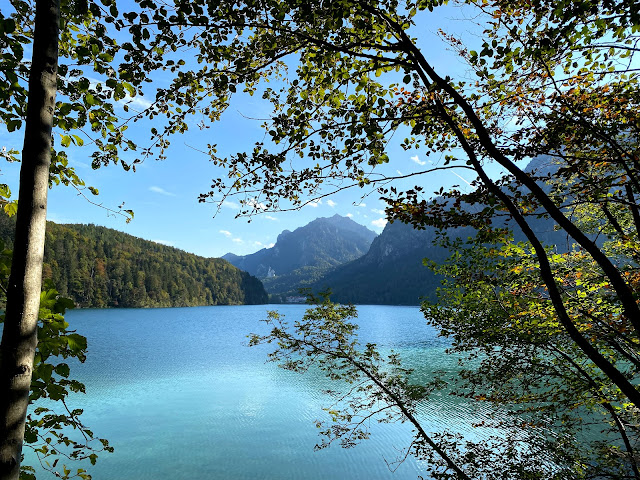 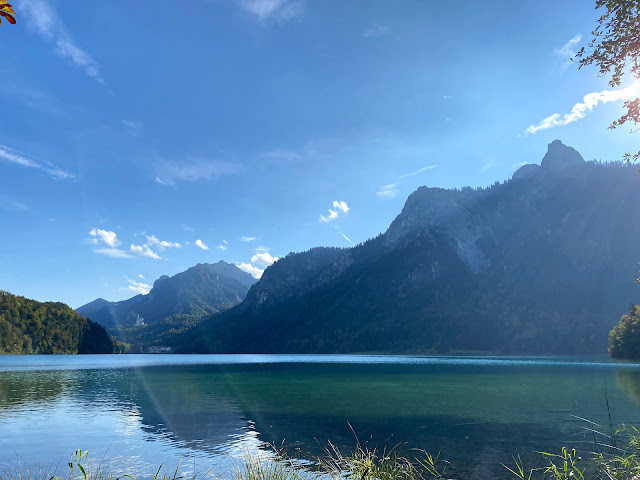 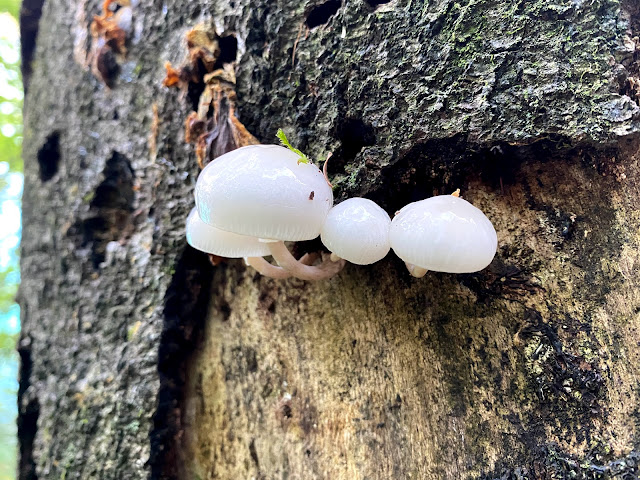 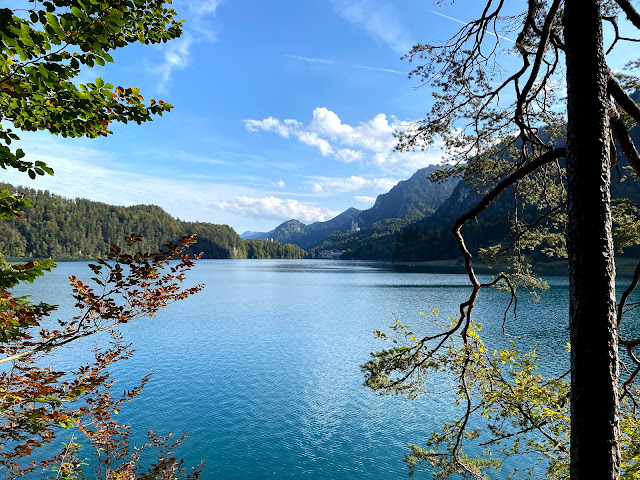 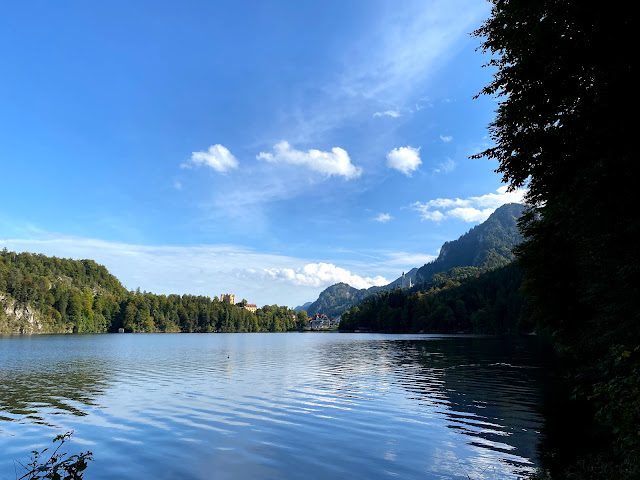 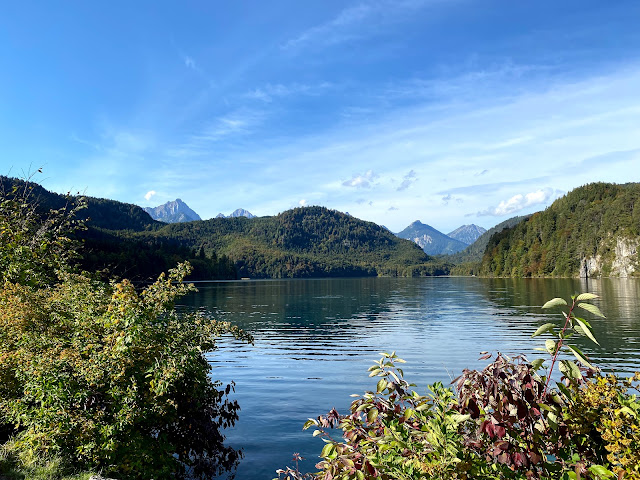 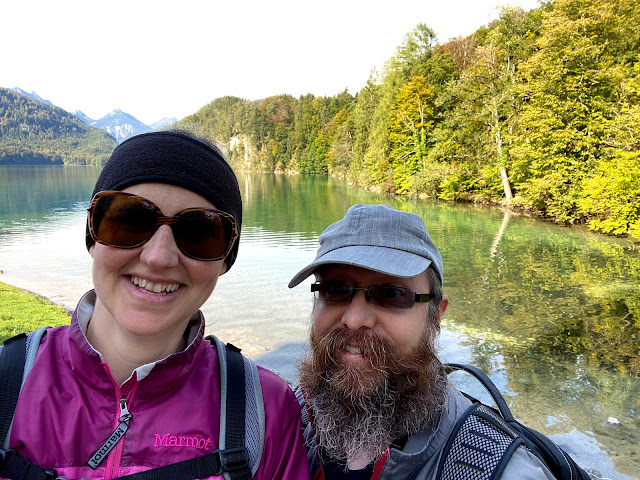 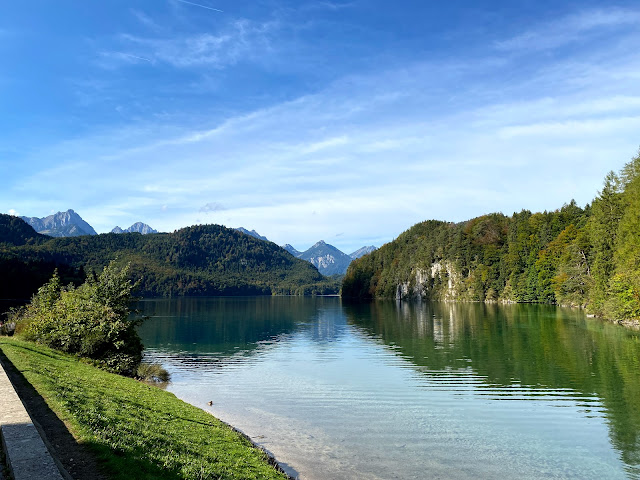 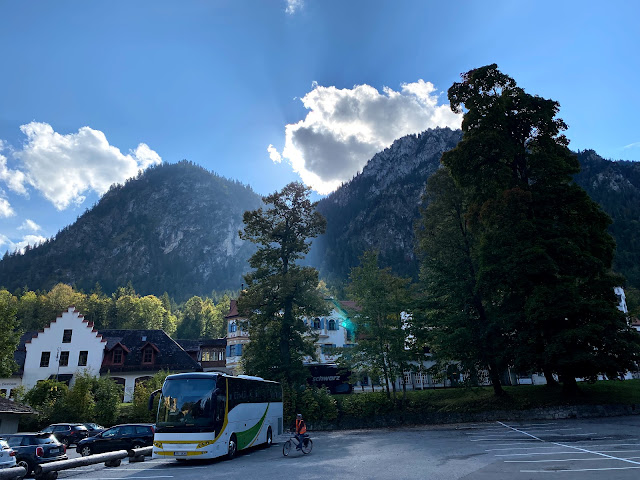 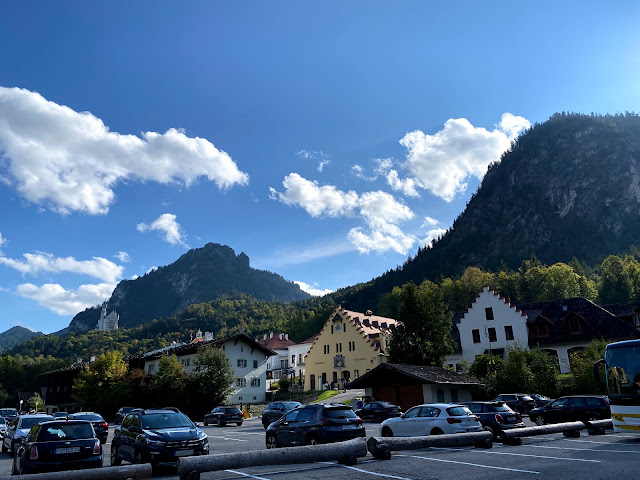 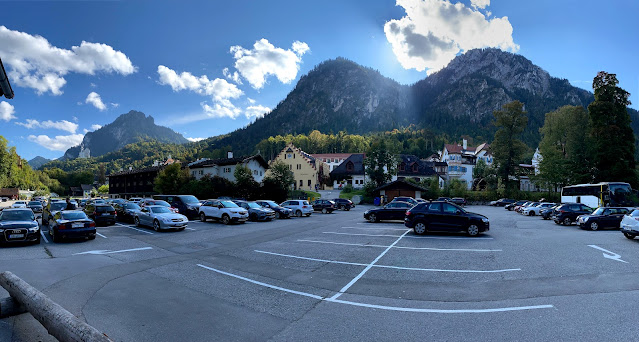 After the hike around the lake we were going to go do part of the hike I had originally planned for the day prior, but the parking lots were full and so we decided to just start heading towards home. 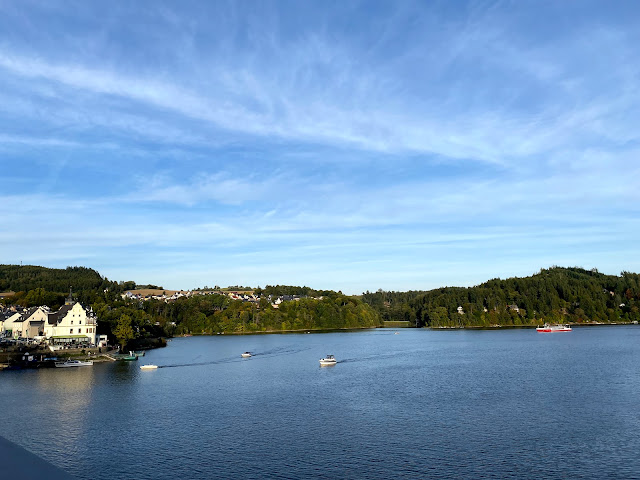 I found a place to camp by Saalburg-Ebersdorf right on the water in a nature preserve and got there at the perfect time to grab a spot. Since we were in the car so long we went for a short walk to stretch our legs and see what we could see. 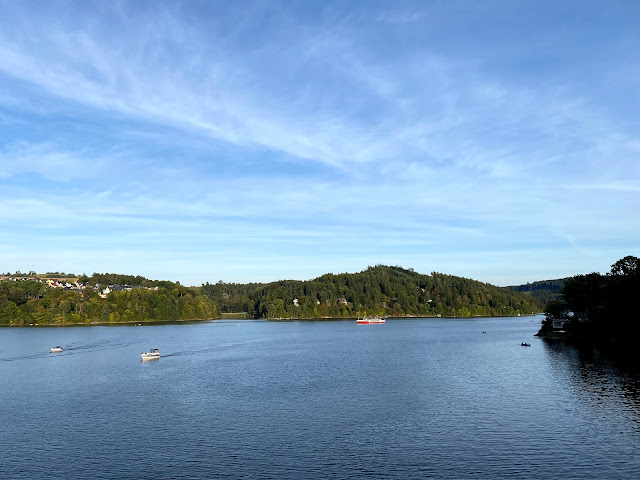 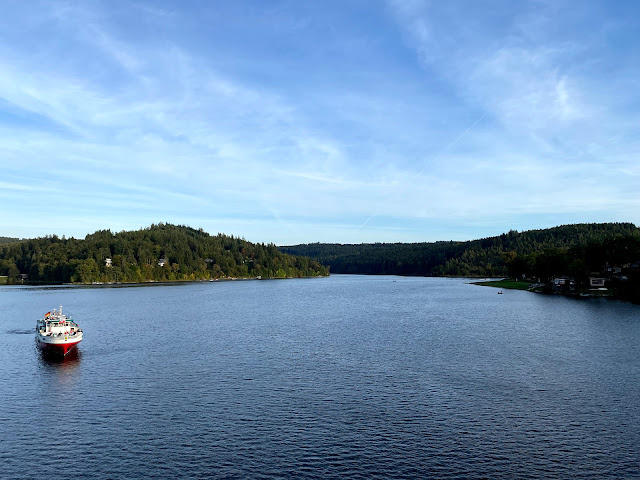 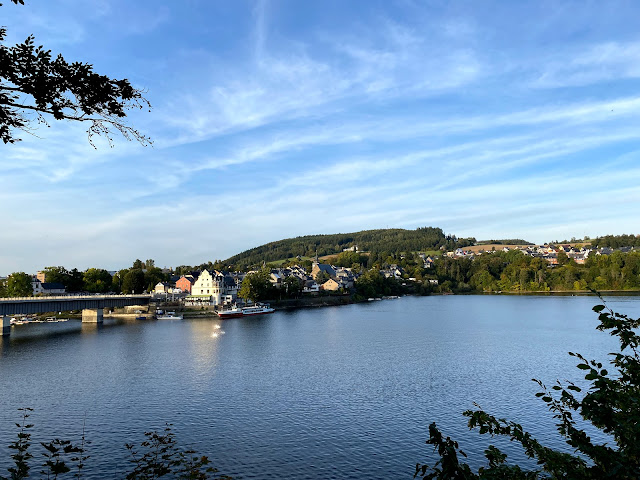 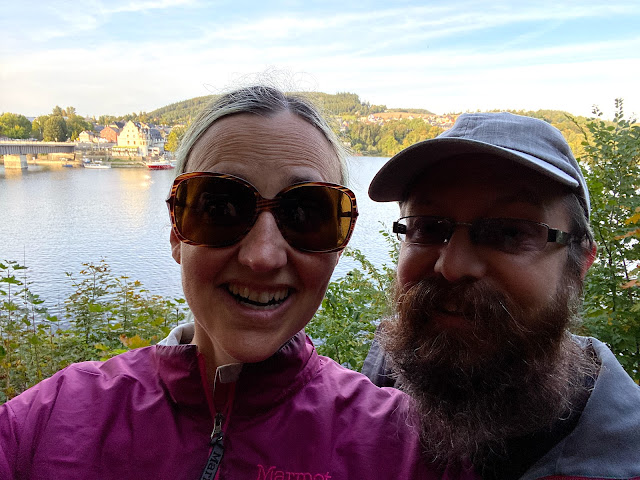 It was no German Alps, but still pretty nice. And that was our trip. It has been a few weeks since we got back and I still wish we were out there. I am already planning out another campervan adventure as we did love traveling with it. But we will try out another kind next time. The VW California has like a cult following and I am not sure why...they are super expensive and by the end of the two weeks there were a lot of things that were annoying me. Not enough that I wouldn't ever use one again or anything, but enough that I wouldn't ever consider buying one. Like you have to sit to cook and the burners are then on your left side which is kind of awkward. I guess you could stand, but you would have to bend over so much...and if you have the table out it is kind of annoying to try and get in the cabinets where we kept the food and dishes...and inevitably I would forget to get something out then would have to have Raymond get it from his side. Also our car was almost a year old...and things kept falling apart on us! I know we don't know what other people have done to it, but we know how we were treating it and we were as careful as we could be with things, and things kept breaking...which doesn't make me think that if we owned one it would last...The last night Raymond was putting the chairs away (they go in the door of the trunk) and it was after dark and he was like hey Jen, can you come out here with a flashlight? So I went out and he was like do you know where this piece of styrofoam came from? I did, but it was just stuck on the back door with some sticky stuff...and was not necessarily something super important, but by then so many things had fallen off, including a screw for the table so getting that out and putting it away was a real hassle, that I just laughed. Luckily nothing super major stopped working, but enough stuff that I wouldn't trust everything to hold together long term.
My other big issue with it was that everything was WAY harder to do than it needed to be. Like moving the back bench seat to put it down into a bed. There is a lever by the floor on the one side you have to pull up. And by pull up you really have to pull. It was almost like I was trying to rip it off before it would go that extra millimeter to be able to move the bench. Why? I have no idea. We have these mechanisms already for things like this that are super easy to use so why does this have to be so incredibly difficult? I don't know how other camper vans are, maybe they are all super difficult to use for no reason, but hopefully not. It was a great trip, I loved traveling around with all of our things and coming back from a long, hot hike to a cold beverage, but I don't think the VW California is really for us. While we were traveling I was looking at other campers and now that I have some experience I am pretty excited about one in particular, one that we can also rent from the same place so we shall see. Maybe we will find one that suits us better!