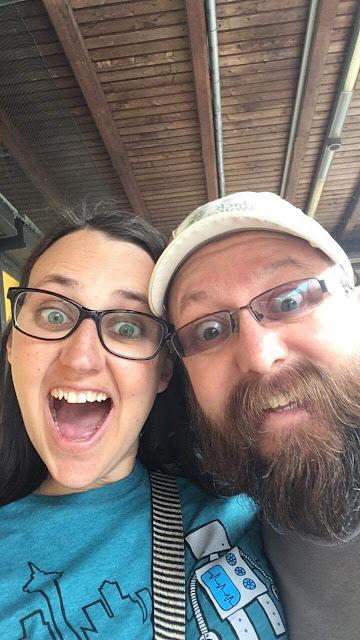 Ah the good old end of the year trying to post all of the things posts have started! I really should just accept that I am horrible at updating this and I would have given up by now, but I actually like having the posts to look back on. That way when we go somewhere again I can refresh my memory of what we did and all that. So I still have posts from 2017!! Crazy. Over a year ago. Let's do this! 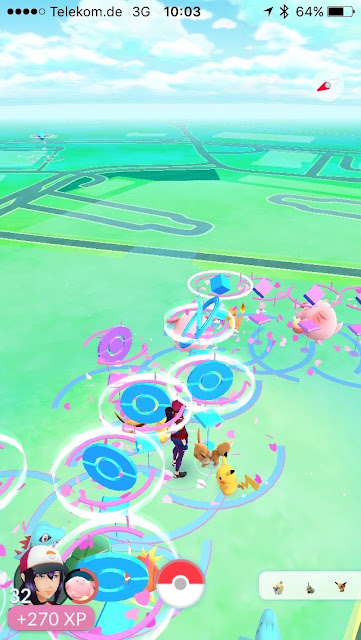 First up Pokemon Safari Zone Oberhausen! Now if you don't play Pokemon go these next few pictures might not seem that crazy to you 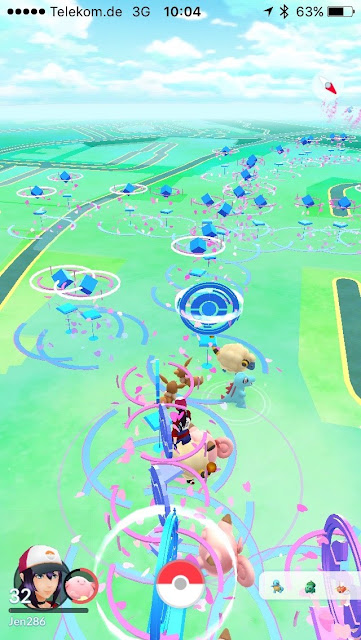 But if you do !!! Last year and this year Pokemon Go has had a Safari Zone in Germany and we have gone. Because I love Pokemon. I play it all the time. Last year was a bit insane as there were soooo many people and you had to sign up and get a ticket to play in the mall in Oberhausen where they were holding it. A lot of people couldn't get tickets, but you could still catch the same pokemon outside of that and all around the city. This is one part of the mall - a constant stream of Pokestops and Pokemon spawning! And they were all great Pokemon that I needed and wanted! Unfortunately only I was able to get a ticket so at first Raymond and I split up and I was inside and he was wandering outside (you could only see all the Pokestops if you had a ticket), but it is not as much fun to wander by myself so we wandered around outside together. Unfortunately the internets was overloaded because of the number of people so after lunch we wandered around the area and still caught a ton of Pokemon and the internet was much better. 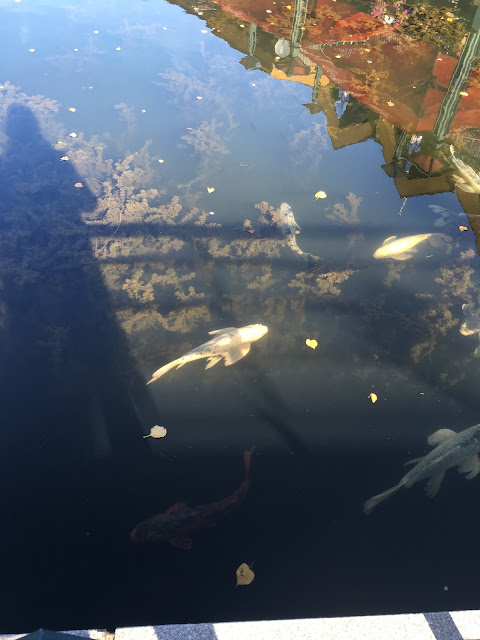 Fishes in the park outside the mall 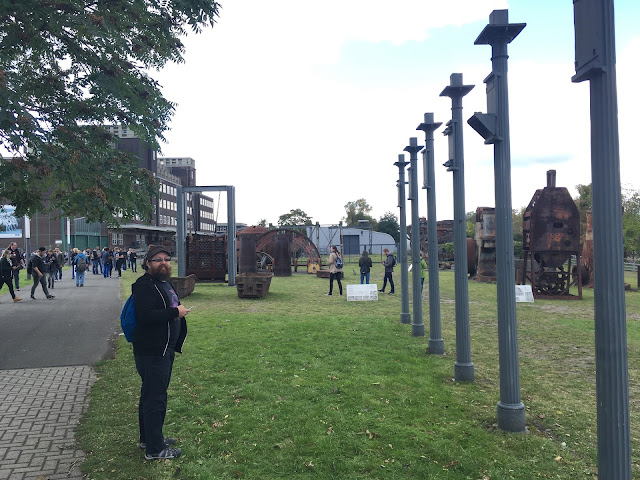 This was a park across from the mall 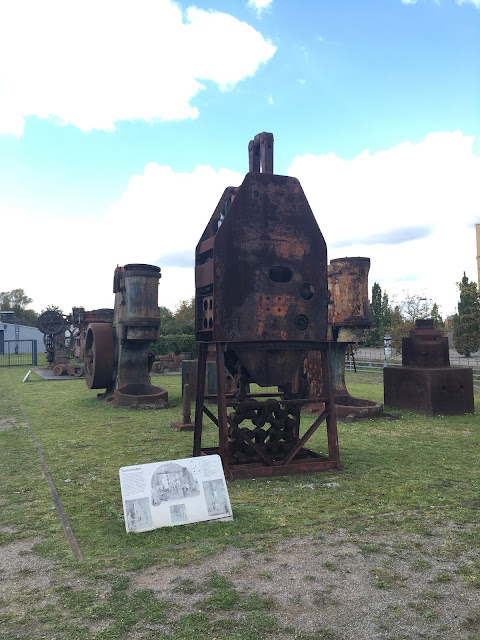 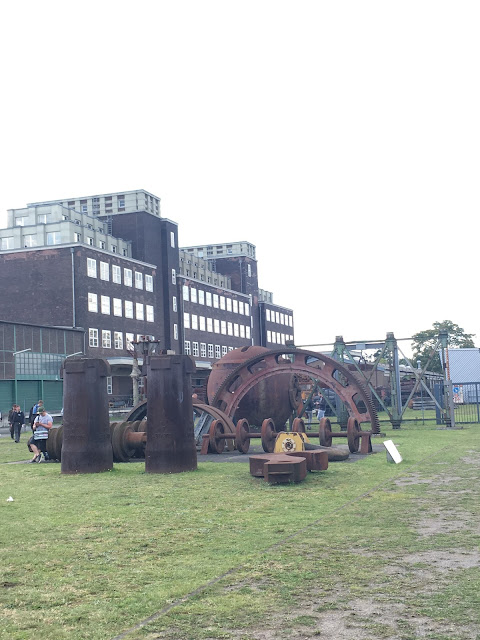 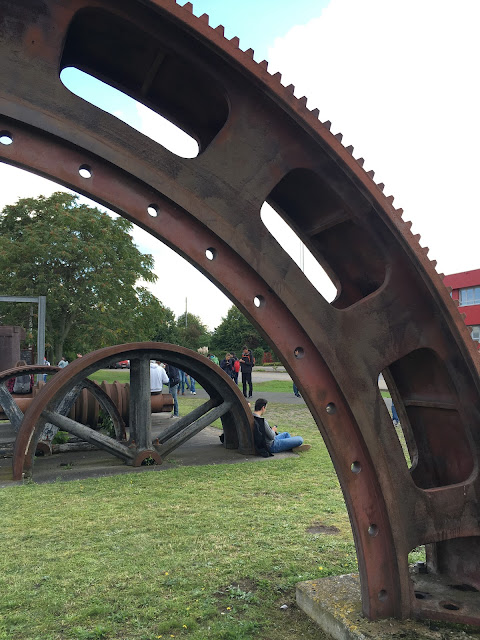 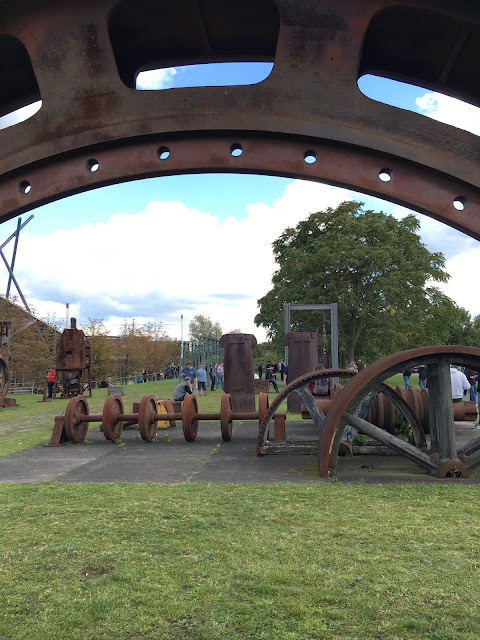 Still people playing, but not as many as at the mall! 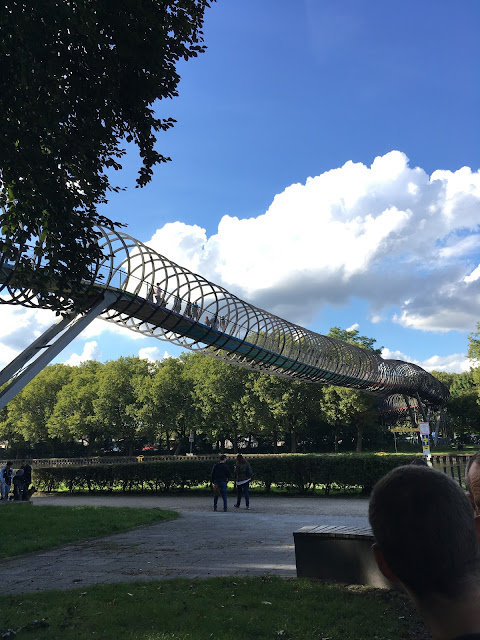 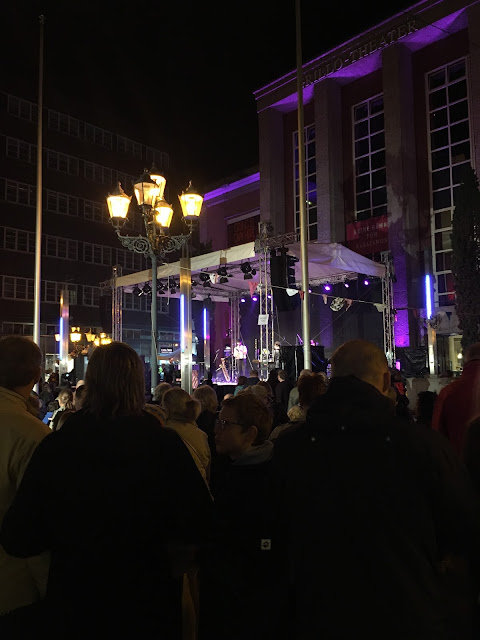 We didn't get a hotel in Oberhausen as they were all booked up by the time I looked, so we got one in Essen which was closeby. After playing Pokemons all day we went back to the hotel to relax until dinner and then wandered around Essen a bit and stumbled upon a birthday party for the Grillo Theatre! There were stages set up and people playing music, plenty of seating, they had a free dinner, but we missed that 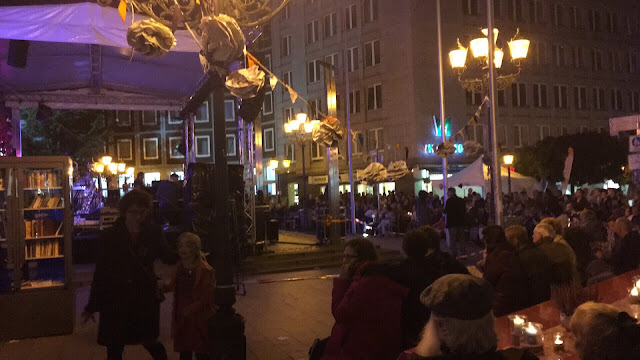 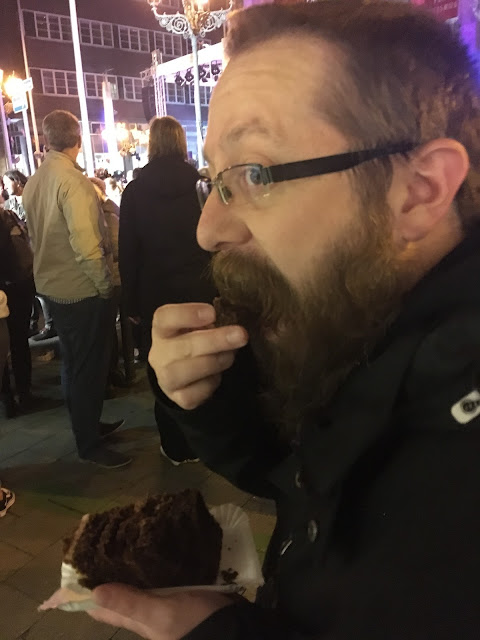 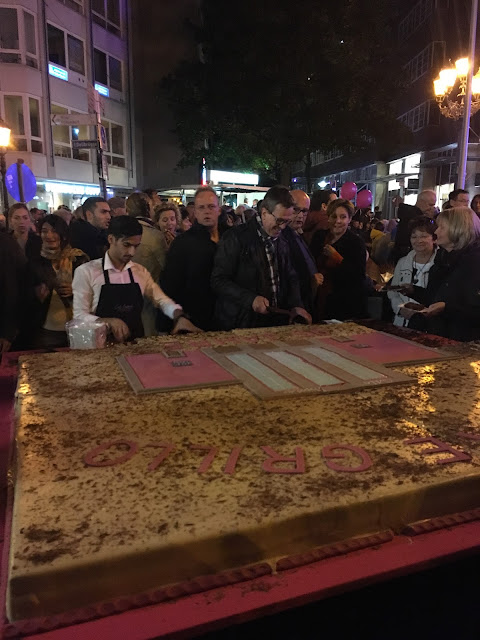 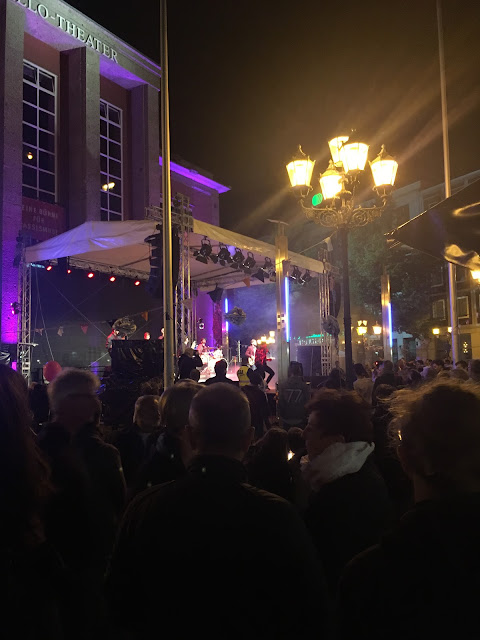 We sat and listened to the music and had a lot of fun. Really it was a great short trip! Pokemon funs and stumbling upon fun in Essen. 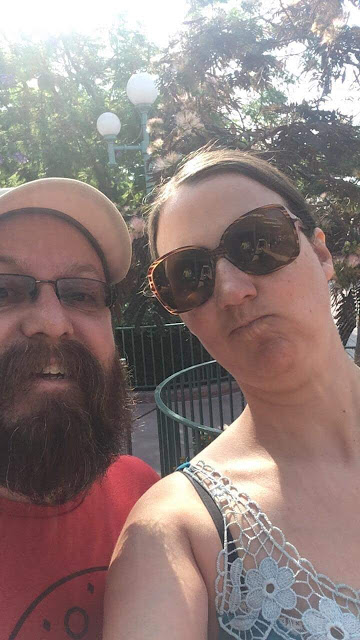 This year the Safari Zone was in Dortmund, which is also near Essen but the opposite way (we ended up staying at the same place in Essen as the hotels in Dortmund were all booked up). Unlike last year, this years was in a park, you didn't need a ticket, and it was Sat and Sun! I am serious about the Pokemons! 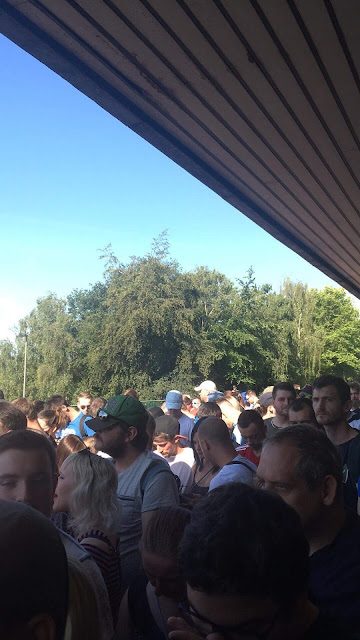 At the train station waiting to get into the park! It was crazy how many people were there! We probably should have walked around to find another entrance, but instead we waited forever to get in. 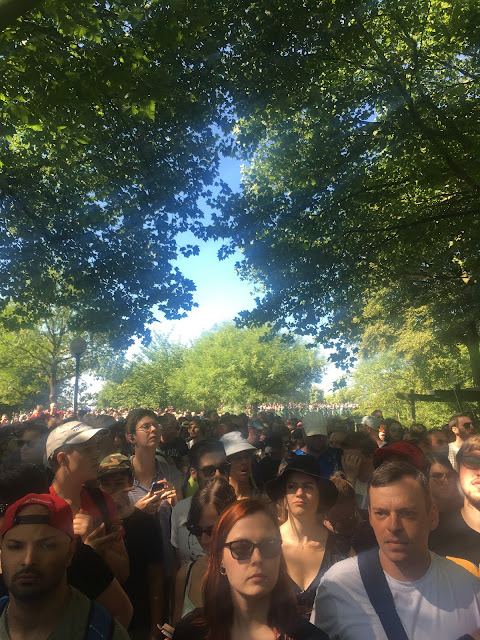 Looking back towards the train station about halfway to the entrance of the park. So many people! And so hot in the sun! 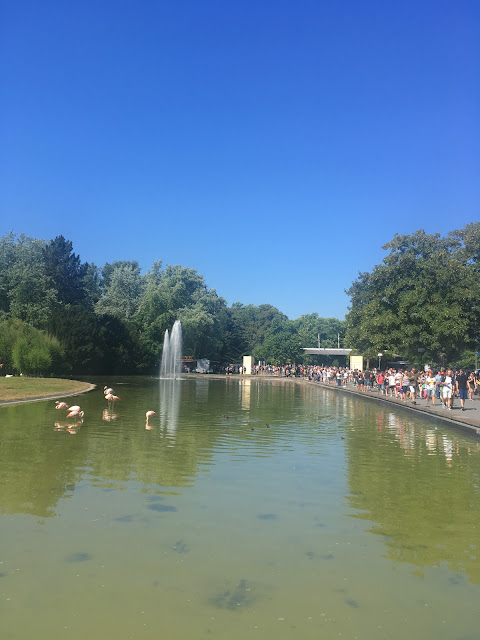 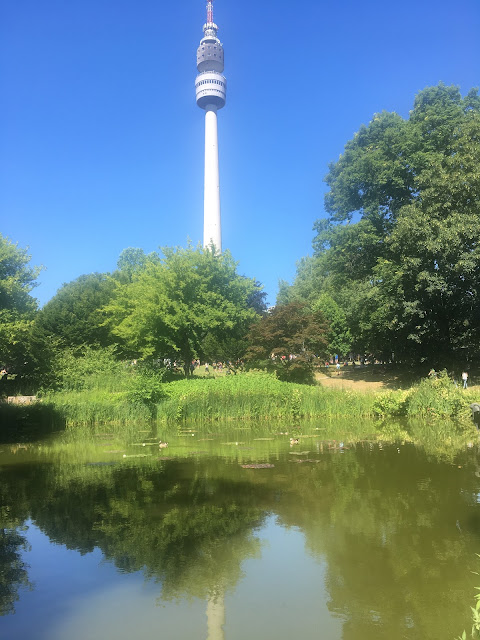 We went up the tower last time we were in Dortmund 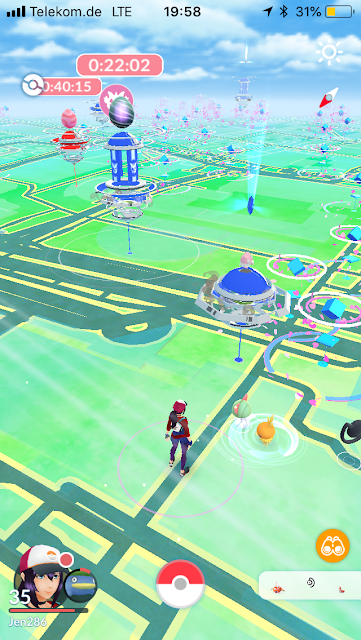 And the Pokemon playing was not as good as the year before. Lots of Pokemon, but not really good ones that I was excited about. Lots of meh ones...And the internet was again a bit spotty in the park. Better than last year, but still meh so we didn't stay that long. We left and went to find some lunch and sat in a different park to play all afternoon 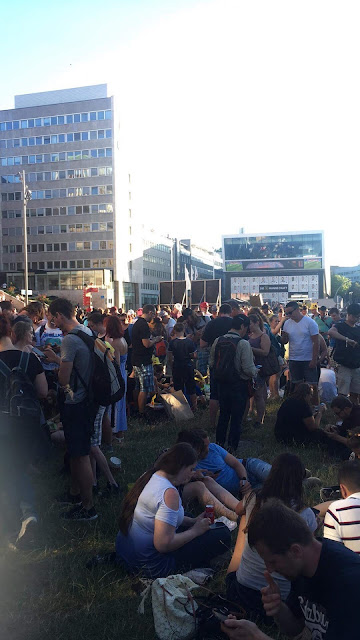 That evening we did some raids - this is looking one way 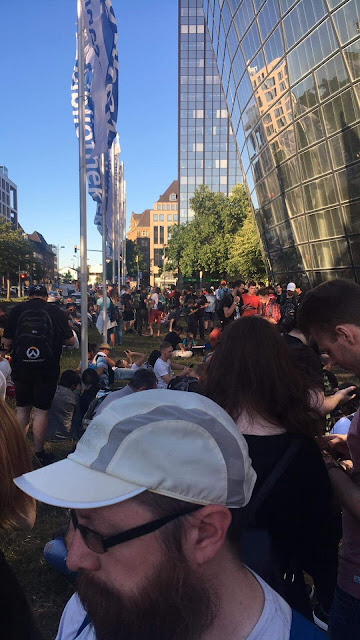 This is the other. So many people raiding! They turned that off on Sunday though which was sad. I guess too many people doing a raid at the same time.


Sunday we hung out in Essen until we had to check out then headed to Dortmund for lunch and wander around a bit playing Pokemon before heading home. There were still tons of people all over the city. I loved that! I loved how many people were there playing!